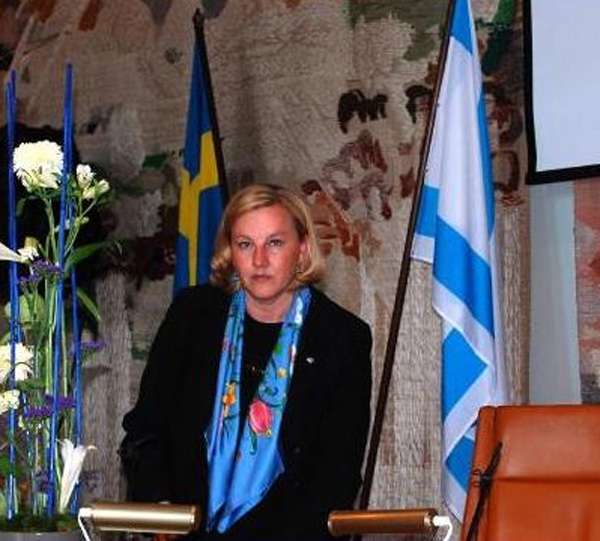 Here is Ewa Björling at the 2009 Sweden-Israel National Association held at Västerås City Hall.
I'm always amused to see whom of the Bilderberg Attendants are from Sweden. Usually there are three to five ...or so.

You always get "the regulars" like former Prime Minister of Sweden and current Minister of Foreign Affairs Carl Bildt and Jacob Wallenberg, Chairman of Investor.

No change this year.

There was also a new name, Ewa Björling, the Minister for Trade.

In 2006 Björling was awarded with the "Jerusalem Prize" from the Zionist Federation in Sweden. The award is given to persons who has shown "extraordinary support for Israel, Jerusalem and Zionism".

The chairman of the Zionist Federation of Sweden, Mr. Bo Sallmander, introduced the prize winner and her courageous stand in defense of Israel and democracy against the ambiguous policies of the former Swedish government. Ms. Bjoerling is also a professor in microbiology at Karolinska Institute, specializing in the fight against HIV and AIDS.

The Great synagogue was filled, for the manifestation in support of Israel organized by the Jewish Community and the Swedish Israel-Information Committee (SII). After the speech by Mr. Sallmander and the handing over of the prize, speeches were given by the Chairperson of the Community Lena Posner Körösi, writer Per Ahlmark, Ambassador Eviatar Manor and Chairman of the Liberal Youth party Fredrik Malm, and Ms. Lisa Abramowicz of SII. 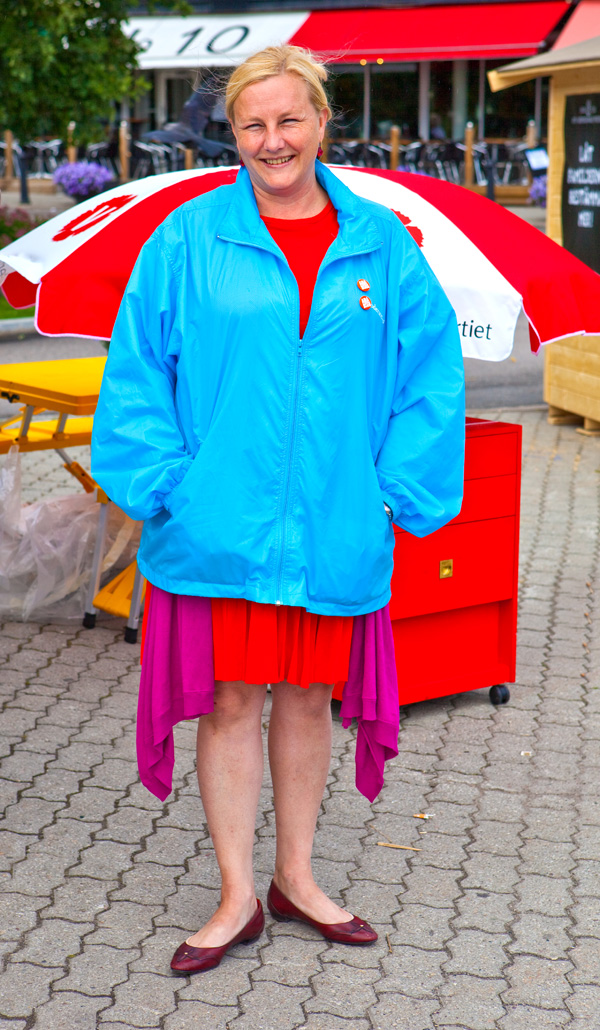 A red one disguised in blue