Jun 5, 2011
John Anthony Hill, also known as Muad'Dib is the producer of the film "7/7 Ripple Effect". The film disputes the official account of the July 7, 2005 London bombings (also known as 7/7), a terrorist attack on public transport in Central London, by four suicide bombers later named as Hasib Hussain, Germaine Lindsay, Shehzad Tanweer, and Mohammad Sidique Khan. The film was first released on the Internet on November 5, 2007, two years after the attacks. Physical copies were also sent to many of the people connected with the attacks. The film implicates the Metropolitan Police and Tony Blair, and claims that the true perpetrators of the attacks were MI5 and/or Mossad, who tricked the four men into travelling to London with rucksacks, in order to provide CCTV footage later to be used as evidence in the investigation of the attacks. It alleges that the four bombers were actually murdered in Canary Wharf, and did not die as suicide bombers in the explosions on the three tube trains and one bus where the attacks took place. John Anthony Hill was arrested in Ireland for the "crime" of sending DVD's of the film to the judge and jury of the first trial of three men: Waheed Ali, 25, Sadeer Saleem, 28, and Mohammed Shakil, 32, who were being tried at Kingston Crown Court, England. Muad'Dib was accused of "attempting to pervert the course of justice", when he sent copies of it to those in charge of delivering a verdict. In this interview, John Anthony Hill will discuss his film, the theories behind the attacks, his arrest and court case. He'll also convey his next plan to challenge the court system. In the next hour for members, John will detail the evidence used in his film, including Peter Powers, British forces in the Middle East, CCTV footage, bus #30, Canary Wharf, ICTS and the symbolism linked to the event. John will also talk about BBC's "Conspiracy Files" TV show which tried to debunk his film. We'll also discuss MI5 operatives and training exercises, the CIA, Osama Bin Laden and al-Qaida. Later, we talk about the powers behind these operations and who gains from them. Where are they heading next? John says to keep an eye on Iran. Then, we get into the subject of prophecy, the book of Revelation and armageddon. John will also speak about the New World Order and the Queen of England. Now he is challenging the Queen's jurisdiction of sovereignty. He says either truth, justice, and liberty prevail, because people are willing to stand up and fight for it, or we all go quietly and miserably into the dark night that is being planned for us.

The truth about the British Monarchy - Lawful argument against jurisdiction & sovereignty

The Invasion of Kuwait in Prophecy

The Stone of Destiny 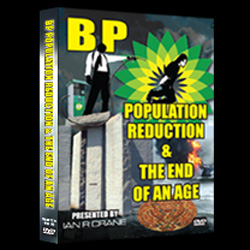