Jan 22, 2013
Michael Jalving is a Danish commentator, writer, lecturer and political debater. He writes for Jyllands Posten, which a few years ago published the famous Muhammad cartoons, which led to international controversy and burning of embassies. The newspaper announced that this publication was an attempt to contribute to the debate regarding criticism of Islam and self-censorship. Jalving previously published the book "Me and Muhammad" but he is best known in Sweden for his book, "Absolute Sweden - a country undergoing change," which we’ll discuss in this program. The book is critical of mass immigration and takes a deeper look at the troubled past and worrying future of Scandinavia’s big brother. In the second hour we discuss Sweden’s role in World War II and the so called neutrality, while selling iron ore and ball bearings to both sides of the war. The problem of Sweden extends way beyond the current issues of mass immigration and we’ll try to get to the root of the ongoing cultural erosion which is currently taking place. Michael will talk about the economic success Sweden experienced in the 70’s - somewhat of an enigma considering that it was a quasi-socialist welfare state that was dictated by Olof Palme and his minions, where social engineering or social planning was one of the most important driving ideologies at that time and still is. We’ll go deeper into the psychology of a nation, which thinks it can control all conflict - detached from reality and nature. Jalving continues on anti-individual Jante Law and how it has shaped the country as well as the concept of the "folkhome," a utopian and egalitarian ideology that sought to perfect the state and the collective within it. The ant like society of the 60s and 70s marched on towards a totalitarian collectivist state and it even went so far as to nationalize or socialize the profits of private companies. Later, we move on to talk about the rise of right wing parties in Europe and ask why. We’ll also discuss why freedom of speech is under threat and censorship and surveillance is on the rise.

The (unofficial) National Anthem for the Kingdom of Svea-Rike (Sweden) 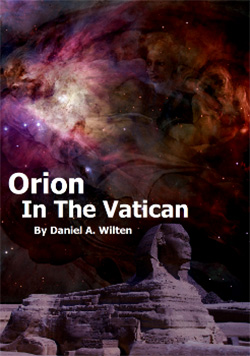