Feb 17, 2011
John Perkins has lived four lives: as an economic hit man (EHM); as the CEO of a successful alternative energy company, who was rewarded for not disclosing his EHM past; as an expert on indigenous cultures and shamanism, a teacher and writer who used this expertise to promote ecology and sustainability while continuing to honor his vow of silence about his life as an EHM; and as a writer who, in telling the real-life story about his extraordinary dealings as an EHM, has exposed the world of international intrigue and corruption that is turning the American republic into a global empire despised by increasing numbers of people around the planet. Then came September 11, 2001. The terrible events of that day convinced John to drop the veil of secrecy around his life as an EHM, to ignore the threats and bribes, and to write Confessions of an Economic Hit Man. He believed he had a responsibility to share his insider knowledge about the role the U.S. government, multinational "aid" organizations, and corporations have played in bringing the world to a place where such an event could occur. His newest book, Hoodwinked: An Economic Hit Man Reveals Why the World Financial Markets IMPLODED-and What We Need to Do to Remake Them. Previous books by John Perkins include The Secret History of the American Empire, Shapeshifting, The World Is As You Dream It, Psychonavigation, The Stress-Free Habit, and Spirit of the Shuar. John Says: "We have entered one of the most important periods in human history, the Time of Prophecies. We have the opportunity to lift ourselves to new levels of consciousness. This time was foretold over the past centuries by cultures around the world. Now it is up to us -you and me- to make it happen." In this interview, John shares his insider information regarding the current state of the world.

Goldman Sachs: Record of $23 billion in bonuses for 2009; explaining their economic parasitism

Who got the Bailout Money? Trillions Down the Drain

Economic Collapse on the Minds

Hoodwinked: An Economic Hit Man Reveals Why the World Financial Markets Imploded--and What We Need to Do to Remake Them

Confessions of an Economic Hit Man

The Secret History of the American Empire: The Truth About Economic Hit Men, Jackals, and How to Change the World 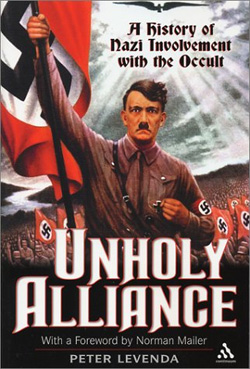