Ancient Cosmology: A Map of the Future

Apr 19, 2011
Walter Cruttenden is an amateur theoretical archaeo-astronomer and author of the binary theory of precession. As Executive Director of the Binary Research Institute he researches the celestial mechanics of the precession of the equinox, as well as myth and folklore related to this phenomenon. Most recently Cruttenden wrote Lost Star of Myth And Time, a book that provides an alternative view of history based on the solar system's motion through space. It is his belief that the myth and folklore depicting a repeating cycle of Golden Ages and Dark Ages may have a basis in fact, due to the alternating stellar forces that affect Earth as our solar system moves in a 24,000-year binary (dual star) orbit. Currently, our civilization is just a few hundred years out of the Dark Ages, and just as we wake from sleep each day, or nature wakes from winter each year, so too is consciousness now expanding at an exponential rate due to an increase in subtle stellar light at this phase in the stellar orbit. In this interview, Walter talks about ancient cosmology as a map to the future. He'll discuss in more detail cycles of consciousness and what he expects to see in higher ages of consciousness.

Ancient Cosmology: A Map of the Future?

Lost Star of Myth and Time

The Fall: The Insanity of the Ego in Human History and the Dawning of A New Era

Lost Star of Myth and Time, Rise and Fall of Civilization and Consciousness 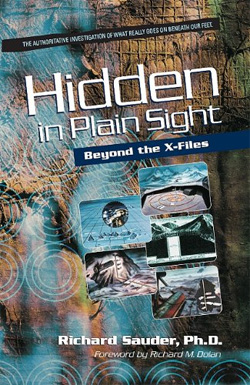