Jan Ott (MSc) studied statistics, biomechanics, anatomy and consciousness in Amsterdam but later became interested in Germanic mythology, history and languages. Since 2009 he has studied the Oera Linda Book and hopes to publish a new English translation this year. Dr. Siobhán Higgins-Welter is a historian and literary scholar who has researched and published on early modern European history, society and literature. She has lectured in Ireland and Britain on topics concerning ancient European history, Anglo-Saxon literature, and the culture of the European Middle Ages.

Henrik has Jan on the show once again to discuss his ongoing translation and study of the Oera Linda Book (OLB), an ancient Frisian manuscript. We are also joined by Jan’s colleague Siobhán who has leant her expertise to the project. The OLB tells a story that begins in the 6th century BC and contains information predating 1500 BC. Shortly after Jan’s first program with Red Ice, Siobhán contacted Jan and said that she was interested in assisting with the project. Henrik asks Siobhán to talk about why she became interested in working with Jan on the OLB. Siobhán states that she started to read the older translation and it resonated with her because it was reminiscent of other Celtic, Anglo-Saxon, ancient German, Roman, and other sources that convinced her that it was indeed authentic. The discussion then turns to the cross-correlation of spiritual themes across European cultures such as the Cult of the Mothers. The first hour also delves into the state of Irish historiography, the potentially disruptive nature of historical discoveries, history’s inexorable link to the politics of identity, the challenges faced by translators when grappling with the language and chronology of ancient manuscripts, and more.

The second hour starts off with a discussion about the veneration of the cyclical in the OLB. Jan and Henrik speak about the interconnectedness of Yule, Yuletide, the symbol of the wheel, time, Jul feasting, and the Old Frisian alphabet. The conversation then moves to the nature of the language in the OLB. The alphabet was said to have been created by the mythological folk mother, Frya, and was based on the six-spoke wheel, the JOL or Yule. Henrik remarks upon the similarities with the gothic language and Gothic script. Jan describes the variety of writing styles and spellings within the manuscript. For instance, word meanings and spellings often diverge in different sections of the text. Jan and Henrik discuss the manuscript’s first emergence in 1867, when Cornelis Over de Linden enlisted a Frisian history and language research society to assist in deciphering and translating it. Jan also talks about the group of people that originally compiled the various texts from various burgs in the sixth century BC. Jan reveals that the history of how Cornelis came to possess the tome is a long and convoluted history in itself. The second hour also delves into the OLBs esoteric conceptualization of race, 16th and 17th century Frisian historiography, and Jan’s vision for the published version of the work. 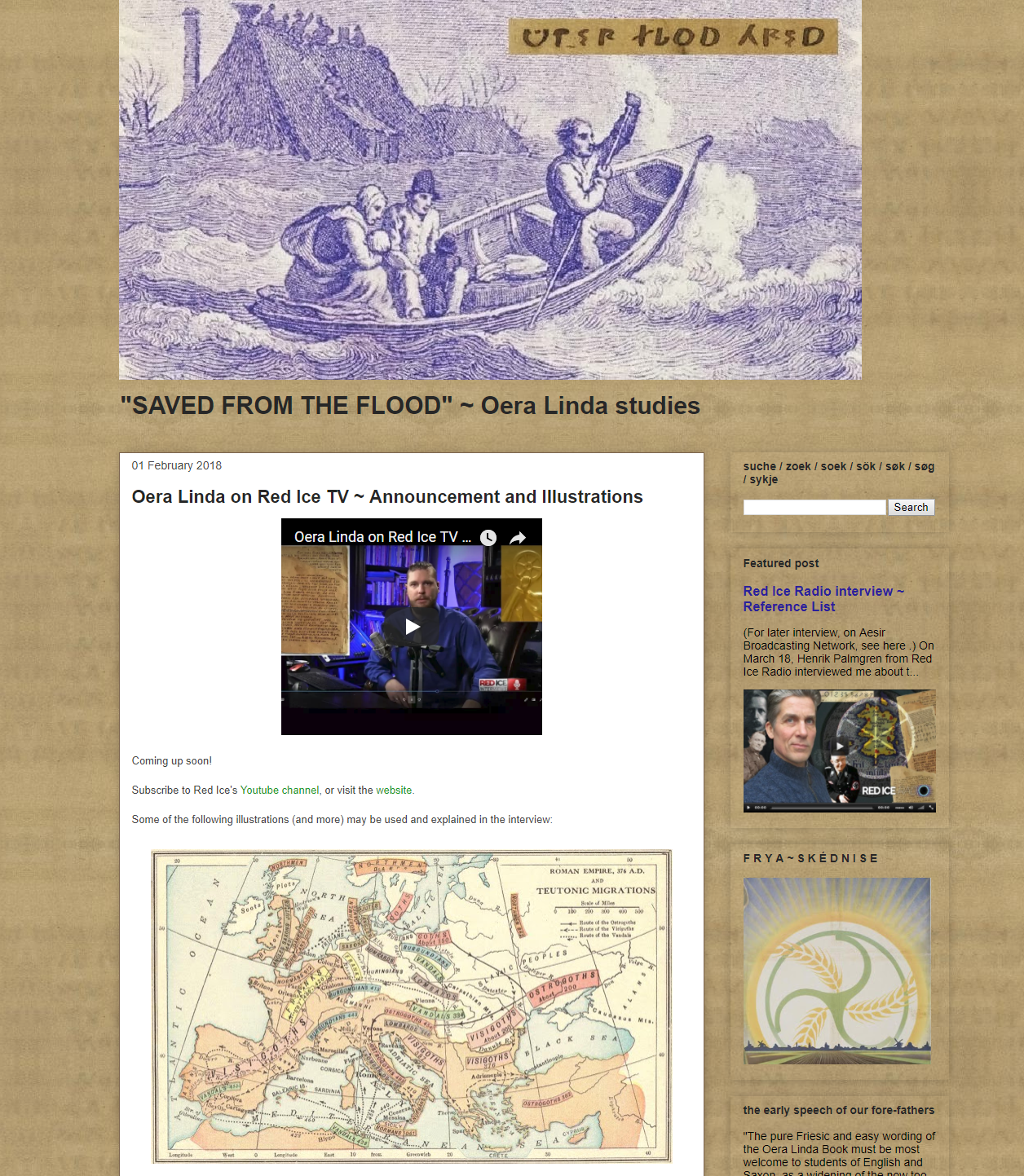