Behind the Green Mask: U.N. Agenda 21

Aug 16, 2012
Activist, speaker, and blogger, Rosa Koire is a forensic real estate appraiser specializing in eminent domain valuation. Her research into and fight against redevelopment led her to UN Agenda 21 and was the genesis to co-found the Santa Rosa Neighborhood Coalition, Democrats Against UN Agenda 21, and the Post Sustainability Institute. She has been speaking and inspiring groups nationally to take action. She is the author of Behind The Green Mask. Don’t miss this important program as Rosa details how Agenda 21 is being used to transition the world into a global totalitarian state where one must pay to live. She’ll explain how this agenda is the biggest public relation scam in history. We’ll cover how this plan is designed to destroy the individual, create scarcity and make us vulnerable to control. Rosa talks about the ideology of Communitarianism, which is similar to Communist China, the Soviet Union and Nazi Germany. Later, we’ll discuss the hypocrisy, the propaganda and how to fight back. In the second hour, we’ll talk about how we’ll see Agenda 21 in our towns as well as the different names gives for the agenda. We’ll speak more about Communitarianism. Agenda 21 calls for people to be moved out of the rural areas and into the cities, living in high rise gulag-esque apartments. Rosa talks about the covert ways in which they’ll fulfill their agenda. She’ll speak more how this agenda is a comprehensive plan for every part of our lives from exercise, to diet and lifestyle. We’ll also discuss how eugenics, surveillance, mind control techniques and corrupt companies are connected to Agenda 21. The middle class is now deemed “un-sustainable” and must fall far for “social equity.” Later, we’ll discuss newspeak, religious aspects of the green movement and what the world will look like post sustainability. Rosa speaks more about what the resistance to Agenda 21 can do.

Behind The Green Mask: U.N. Agenda 21 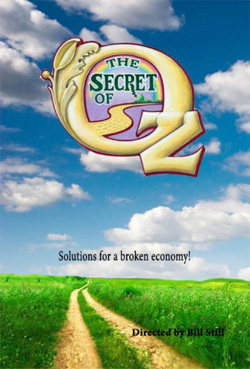