Mar 26, 2009
Tony Gosling is a former local reporter for BBC and is behind the bilderberg.org website. Tony has been involved with the NUJ (The National Union of Journalists) and has been interested in the question of media and ethics for quite some time. He joins Red Ice Radio to talk about recent events in Northern Ireland, terrorism, the Force Research Unit (FRU), Operation Gladio and IRA. We also discuss the Bilderberg meeting, the new world order, the murder of Princess Diana, David Kelly, Robin Cook, situation movement, money, banking, British military intelligence, 7/7 9/11, occult, Rupert Murdoch, anti-Semitism, freemasonry and much more. 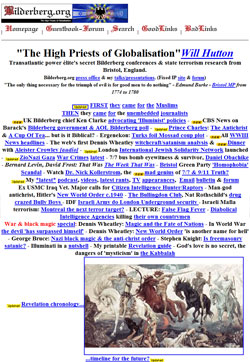