Sep 30, 2015
Andrew Auernheimer, otherwise known as Weev, is an internationally notorious nationalist performance artist and “a menace on the internet” according to US Attorney Zach Intrater. Andrew joins us for a talk about black hat hacking, the future of Europe, Gamergate, and the world of trolling.

Andrew begins by sharing how his past black hat activities led him to becoming a defender of Western civilization. He speaks about the culture of computer science and technology, and describes his role in exposing AT&T’s negligent publishing of customer data in 2010 that resulted in his arrest and imprisonment. Andrew highlights how a new wave of affordable technological advancements is opening the door for atomically precise manufacturing, which will usher in a drastic change in warfare as a whole. He says that this revolution will demand a great deal of computer programmers and is good news for this predominately White niche. We take stock of the European refugee invasion and the complexities of integration, along with the media’s use of emotional blackmail to mask the mess. Further, we speak to the influence of Donald Trump and his calling out of the immigration situation in America. Then, Andrew gives his take on the climate of countries that are defying rules of the EU and closing borders, and he sums up what is really driving the Syrian revolution and creating the massive population displacement.

In the members’ section, we continue with an assessment of the dire situation in Europe and the hurdles that must be overcome in order to preserve Western civilization as we know it. Andrew depicts some of the cultural differences between Syrian Sunnis and Alawites, and he illustrates the foolishness of forcing multiculturalism on ethnically incompatible people. He also gets into the troubles of Bashar al-Assad's regime, the glaring involvement of Israel in the ISIS conspiracy, and the threat of Sharia zones cropping up within Europe. Later, Weev gives the lowdown on the big Gamergate scandal, outlining how the movement has aided in turning a whole generation to distrust mainstream media. We also discuss the new right’s abandonment of propriety and their use of confrontational visual communication in exposing the lies of the media at large. At the end, Andrew characterizes the tactics of trolling and clarifies how this provocative method for destroying the narrative of the opposition can ultimately uphold noble European virtues.

Andrew on Twitter
weev.livejournal.com
Forget Disclosure — Hackers Should Keep Security Holes to Themselves
Atomically precise manufacturing as the future of nanotechnology
Demographics of Syria
"Women in tech", doxing, Kathy Sierra, and the koolaid.
First Crusade
Flyting

#GamerGate sings We Do (it for free) 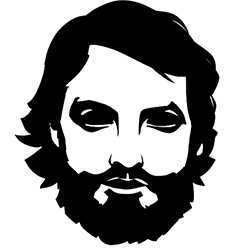