Brexit: Time for the UK to Leave the EU

Guessedworker (GW) is an English nationalist in favor of international nationalism. Having lived in 1950s era Britain, he has since seen his nation undermined by neo-liberalism and Jewish-inspired leftism. He created Majorityrights.com in 2004 as a forum to find solutions for the myriad of problems facing not only the British people, but all European peoples as well. Kumiko Oumae is the Eurasian affairs contributor for Majorityrights.com. She believes that in order for Europe to control its own destiny – and for it to be a good trade and global development partner for Asian countries – there must be a serious dialogue on Europe's historical role in the world and the justification of that role, as well as how the European states can resolve the crisis of legitimacy that their governments are presently facing. Kumiko also works in the security and defense sector in the United Kingdom. An ex-pat American of European descent, Daniel Sienkiewicz now lives in Europe. He has been troubled by the implications of "anti-racism" and has been testing various means to advocate for European peoples for as long as he can remember. Daniel rejects many common approaches, including all characteristically Cartesian attempts, such as scientism, as ineffective means to solve the problems that currently threaten ethnic Europeans.

We begin by discussing Brexit and its significance in the ongoing struggle between nationalism and internationalism. Kumiko argues that, in many ways, the current economic paradigm in the West isn’t quite internationalism proper, but rather the United States being allowed to dominate due to passivity on behalf of the European Union. Despite a few minor disagreements, all three guests adamantly support withdrawal from the European Union. We then discuss the original vision of the European Union – that of a unified, more prosperous Europe – and how the elites therein have sabotaged that vision by allowing in millions of non-European immigrants. Later, we talk about the unfortunate lack of patriotism within certain European countries. We conclude this episode with a discussion on the manner in which the mainstream media has used the murder of Jo Cox as an excuse to vilify those in favor of Brexit. 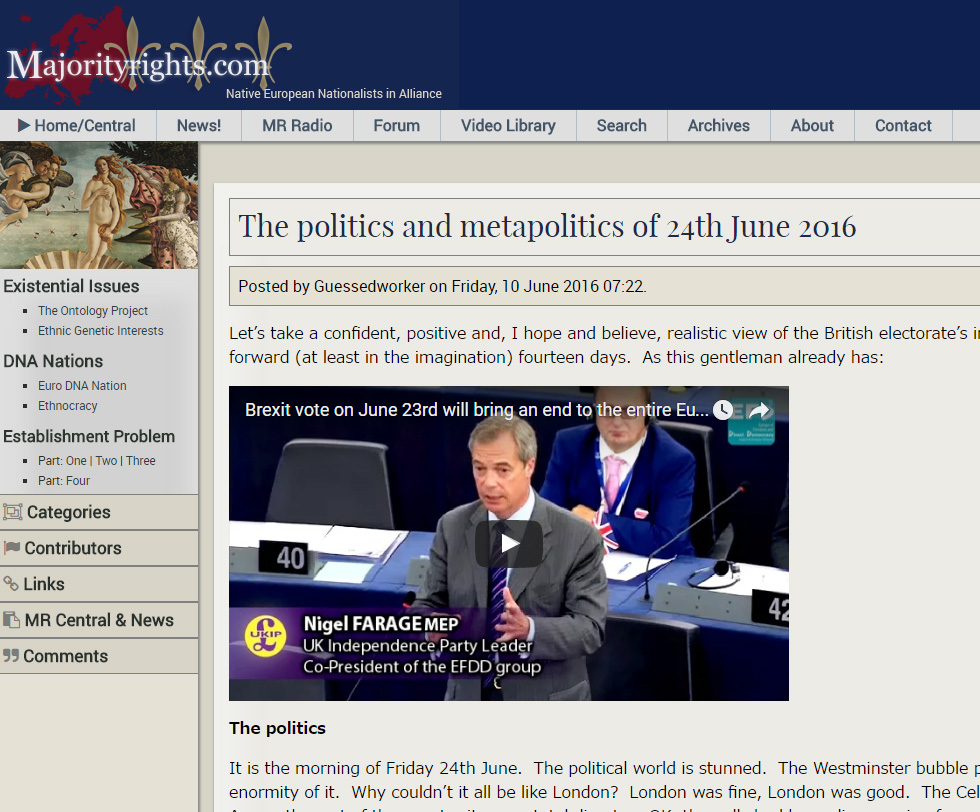