Aug 7, 2015
Jez Turner is a British Nationalist who studied at the London School of Economics. He is a Pashtun speaker who served as an Officer in the Royal Signal Corps. He is the creator and Chairman of the London Forum. Mr. Turner joins us for a conversation about the immigration invasion that has Europe at the tipping point. We begin by touching on the serious situation in Calais, France, where a Eurotunnel terminal has been essentially hijacked and is allowing thousands of asylum seekers from Northern Africa and the Middle East to invade Britain. Jez explains the Schengen Agreement, an EU policy that was designed to relax borders within the EU for greater ease of travel, and has promoted a neutered military unable to perform its duties. Then, Jez talks about the path that led him to organizing the London Forum, a non-party aligned conference group for nationalists from all walks of the right that is niche for creating idealists and activists. We seek the metapolitical answer to the question of what is happening to the White race of Europe concerning its ability to rise up and speak proudly and powerfully in favor of its own culture and lands. Our talk leads us to examine the slow and paralyzing ethnic death that is gutting the soul of the West through a misguided, and oftentimes missing, understanding of natural law. In the members’ segment, Jez clarifies the controversial Shomrim, a private Jewish police force that is beginning to ruffle London’s feathers. He describes the static demonstrations organized in protest of this privileged organization, which have turned “equal rights” into a joke. Later, we bring to light the idea of a nation as the point of origin of a racial/ethnic group, not a society resulting from its government 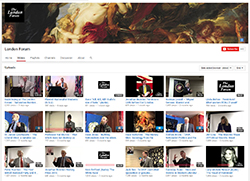