Brian Hooker has had a distinguished career as a chemical engineer, managing a large-scale systems biology research program at Batelle/Pacific Northwest National Laboratory in Richland, Washington. Since 1995, he has served that laboratory as a senior research engineer, a staff engineer, and a principle consultant in biotechnology. He also taught chemical engineering for three years at Tri-State University in Indiana and teaches at Walla Walla Community College in Washington in addition to operating his own consulting agency. He has a long list of research grants, scholarly/technical publications, awards, and formal presentations, and is co-owner of several patents. Dr Hooker reveals his relationship to the whistleblower, a top researcher employed by the U.S. Centers for Disease Control (CDC) who came forward, confessing to his participation in actively covering up data that clearly links vaccines to autism. Dr. Hooker is the father of a vaccine-injured child, and is a Ph.D. researcher. He has fought against the CDC for more than 12 years, using the Freedom of Information Act to try and gather as much data as he could from the studies that the CDC has published that claim there is no link between vaccines and autism. He’ll talk about what he discovered when the CDC finally handed over documents so that he could look at the raw data that the CDC used to claim that there was no link between vaccines and autism. He’ll talk about the science behind the study, government corruption and spending, his struggle and what the public isn’t told. Later, we’ll talk about the pressure to get people vaccinated. Brian also shares his own story of an autistic son and the process to help him. 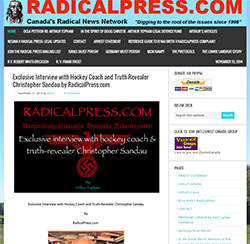