Covert Ops Behind the Hippie Dream

Jun 25, 2014
David McGowan was born and raised in Torrance, California, just twenty miles south of Laurel Canyon. He graduated from UCLA with a degree in psychology and has, since 1990, run a small business in the greater Los Angeles area. He is also a lifelong music fan who still frequently keeps his radio tuned to classic rock stations. McGowan’s previous books include Programmed to Kill: The Politics of Serial Murder, and Understanding the F-Word: American Fascism and the Politics of Illusion. We’ll discuss his new book Weird Scenes Inside the Canyon: Laurel Canyon, Covert Ops & The Dark Heart of the Hippie Dream. We’ll discuss the dark underbelly of the hippie “utopia.” Many think the hippie movement began in San Francisco but it was actually Laurel Canyon, a neighborhood in Los Angeles. Although LA at that time didn’t have a music scene, musicians were mysteriously drawn to LA and mysteriously converged in Laurel Canyon. We’ll discuss how Laurel Canyon in the 1960s and early 1970s was a magical place where a dizzying array of musical artists congregated to create much of the music that provided the soundtrack to those turbulent times. Also floating about the periphery were various political operatives, up-and-coming politicians, and intelligence personnel - the same sort of people who just happened to give birth to many of the rock stars populating the canyon. Also integrated into the scene was a guy by the name of Charles Manson, along with his murderous entourage. And all of the canyon's colorful characters - rock stars, hippies, murderers, and politicos - happily coexisted alongside a covert military installation. We’ll talk about the creation of the “hippie” style, which didn’t appear to happen organically. David also talks about misconceptions surrounding the hippie movement. In the second hour, David talks about groupies, drugs and the CIA in the hippie era. He also talks about music that arose after the hippie movement such as punk and new wave. We’ll hear about the Copeland family, another military intelligence family, who were instrumental behind the scenes.

Weird Scenes Inside the Canyon: Laurel Canyon, Covert Ops & The Dark Heart of the Hippie Dream

The Beach Boys - Winds of Change 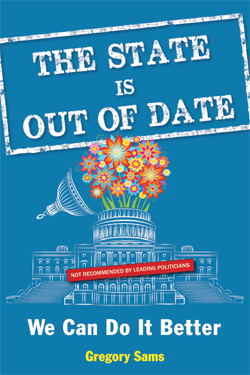