Erkenbrand: The Alt-Right in the Netherlands

Dutch Alt-Right activists Bart and Michael have taken the initiative to set up regular meetups in the Netherlands people concerned with the future of Europe. Their first conference, Erkenbrand, will take place in Rotterdam at the end of September and include guests such as Millennial Woes and Roger Devlin.

We begin with a few necessary introductions, including a brief mention of the upcoming Erkenbrand conference in Holland. We then delve into the ongoing demographic crisis in the West. Although this topic is certainly commonplace within the Alt-Right, there has been very little coverage on how it has affected Holland in particular. Thankfully, Bart and Michael are more than willing to fill us in. We learn that Holland, much like the rest of the West, is being flooded with non-European immigrants. Major cities like Amsterdam are already nearly half non-Dutch; the countryside, unfortunately, is beginning to undergo a similar transformation. We also discuss Geert Wilders, the establishment right, and whether or not we will be able to save our countries through the political process.

In the members’ hour, we begin by discussing the vital role that networking plays within our movement. We consider the fact that many aspects of Western culture – history, myths, art, etc. – are currently being altered or, in some cases, blatantly removed for political reasons. Bart and Michael then tell us more about Amsterdam. Thanks to 100 years of socialist rule, the Netherlands’ capital has become overrun with prostitution, drugs, and crime. We also discuss how liberalism’s promotion of tolerance has effectively created a culture of indifference, in which people now consider it moral to allow immorality. The show concludes with a consideration of the steps that need to be taken to preserve the West.

The Return of the King OST - The Lighting of the Beacons 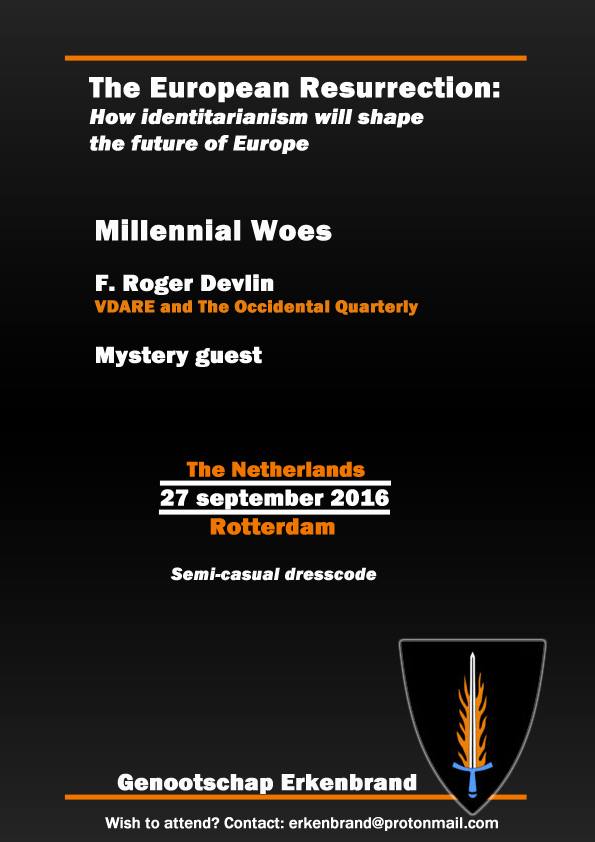