May 11, 2008
Documentary filmmaker and musician Ben Stewart from talismanicidols.org discusses his film “Esoteric Agenda”. We begin discussing Ben's background and how he became involved in alternative topics addressed in the film. Then, we talk about time, our disconnection from "real" time and some of the high notes of first half of the film such as: population reduction, sacrifice, important dates and the involvement of the UN, WHO, FAO and the Wild Lands Project. We also talk about food control, Codex Alimentarius, vitamin ban and how Canada's C-51 law may outlaw natural health products like garlic and bottled water. We end things in the first segment by offering uplifting solutions and information. For our subscribers, we focus on personal solutions, spirituality, individual responsibility and empowerment. We revisit the topic of time, and discuss how humanity became derailed from natural time as well as the artificial system that has been implemented above the natural world. Also, Ben talks about suppression of the feminine, right brain thinking, the school system, "the Power of Now", administration of society, James Furia, music scales, the Solfeggio scales and the connection to ancient structures and megalithic alignments. Later, we discuss the book and film "The Secret", ayahuascha, shamanism, time wave zero, singularity and Ben's film "Khymatica".

A 'perfect storm' of hunger 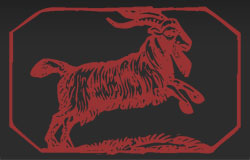