Jun 25, 2009
Russ Baker is an old-fashioned muckraking journalist and pamphleteer. He focuses on getting past the rhetoric to expose the hidden levers and machinations that shape our world. Baker’s investigative reporting, analysis pieces, features, and essays on politics, power, and perceptions have appeared in many of the world’s finest publications. In 2004, Baker devoted himself largely to researching stories that provided disturbing insights into the pre-presidential behavior of George W. Bush. He also explored the integrity of the voting system and examined instances of alleged election fraud. In 2005, Baker founded “Who What Why/The Real News Project”, a news organization dedicated to producing ground-breaking, transformative, independent investigative journalism. Baker has received Society of Professional Journalists, Mencken and Common Cause awards, served as a panelist for the national conference of Investigative Reporters & Editors, and been a member of the adjunct faculty at Columbia University’s Graduate School of Journalism. In this program, Russ will talk about the Bush family dynasty. He discusses his book, “Family of Secrets: The Bush Dynasty, The Powerful Forces That Put it in the White House, and What Their Influence Means for America.” He begins talking about George Herbert Walker Bush or "Poppy Bush". Then, we move on to discuss his son "W". Topics Discussed: invasion of Iraq, George Herbert Walker Bush, Prescott Bush, James Bush, who is behind the Bushes?, Robert Lovett, Zapata offshore, Thomas Devine, the oil business connection, CIA, Brown Brothers Harriman, how George W bush ended up as the head of the CIA, Iran Contra, why George H.W. Bush can't remember where he was on November 22, 1963, the assassination of JFK, FBI memos, James Peritt, George Demorenshield, Lee Harvey Oswald, Harry Truman, covert operations, Richard Nixon, Watergate and Ronald Reagan. Join us in our members section as we continue discussing George "W" Bush. We also discuss the role of the main stream media and the alternative media. Topics Discussed: George W Bush, did "W" carry on the agenda of Poppy?, was "W" unfit for the job as President?, Robert Gates, "W" as a "Christian" president, the Saudis, the relationship with the Bin Laden family, Mickey Herskowitz, reasons for the invasion of Iraq, Karl Rove, Saddam Hussein, the 2004 Presidential Election, "W" military service, NBC & CBS as military outlets, "new" vs. "old" media, mass media, information consumption, John Kerry, Skull and Bones, secret societies, 9/11, Dick Cheney, Hillary Clinton's connection to the Bush family, Harken energy, Obama and much more.

Barbara Bush says "I Rule the World" Queen of America, the Bush Dynasty

Family of Secrets: The Bush Dynasty, the Powerful Forces That Put It in the White House, and What Their Influence Means for America 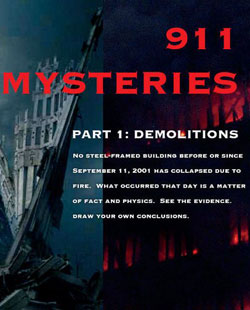