Joan Veon passed away in Ocotber 2010. She was a credentialed, independent, international journalist reporting for USA Radio News Network. As a journalist, she interviewed prime ministers, presidents, kings, and heads of state. At times, as the only American reporter, Joan covered over 103 international meetings, including: the G7, G8, G10, G20, and Bank for International Settlements (BIS) in Basel Switzerland; attended yearly the World Economic Forum in Davos Switzerland; and twice a year covered the IMF World Bank meetings. In addition she attended UN meetings on the Free Trade Areas of the Americas, Sustainable Development, the Earth Summit, Climate Control, the International World Court, and numerous others. Following the UN conference on Sustainable Development in Istanbul Joan was compelled to write her first book “Prince Charles, the Sustainable Prince” published in 1997, followed by her second book “Global Straitjacket” in 1999. Joan founded The Women’s International Media Group, a non-profit organization, in 1998 to share her vast knowledge and understanding of world government. In this program, she discusses the global credit crisis, the rise of royalty in world affairs, the IMF and the central banks agenda. 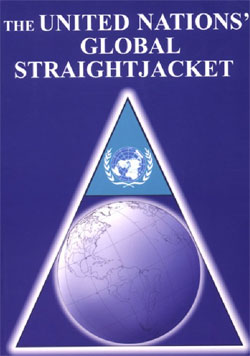