Andrew Torba is the Co-Founder and CEO of Gab, a social network that supports free speech, individual liberty, and the free flow of information. Prior to Gab Andrew co-founded Automate Ads, an advertising technology company that sold to Adhawk.

Henrik welcomes Gab founder Andrew Torba to the program. Gab has developed into an important social media platform for free speech as many giants such as Twitter, Facebook, and YouTube have enacted draconian censorship and restrictive speech policies. Henrik asks Andrew to tell us why he decided to start Gab, and how his career in high-tech began. Andrew explains that he started his career in high-tech at the age of 19. In the winter of 2015, he started work with Y Combinator, a prestigious technology accelerator in Silicon Valley, and instantly became part of the inner circle of Silicon Valley elites. Andrew states that it had been his dream growing up to be a technology entrepreneur. He reveals that his initial foray into the industry’s exclusive circles was very eye-opening. Andrew befriended many like-minded people who worked at various high-profile companies who also balked at the politically correct censorship taking place. Christians like himself along with libertarians, traditionalists, and conservatives who overtly supported Donald Trump’s candidacy in the lead up to the 2016 presidential election, were in danger of censure, exile, and termination. Hence the impetus to form Gab, a social media platform that has freedom of speech as its core tenant. Henrik and Andrew go on to talk about the crucial importance of free expression in functioning Western democracies; the self-defeating missteps taken by Twitter, Facebook, and Google; the unprecedented harrying of Andrew Anglin’s website, The Daily Stormer; the mainstream media’s blatant hypocrisy; investing in Initial Coin Offerings (ICOs); and more.

The second half of our show is focused on cryptocurrencies, ICOs, and blockchain technology. Henrik starts off by talking about his initial investment in Ethereum and Bitcoin in 2013; and his re-establishment of a modest cryptocurrency portfolio over the last several months. While there are risks associated with the crypto-market, Henrik quite rightly states that there are potentially high rewards as well; and that the security of blockchain technology can help prevent corruption. Henrik then asks Andrew to explain how ICOs and blockchain technology can help Gab. Andrew states that there are high costs involved with the storage of blockchain information and the technology is not quite there yet. There is also a potent marketing buzz associated with it as companies can add value just by appending the blockchain name. Andrew states that blockchain’s potential for allowing a social media company such as Gab to become self-sufficient and not beholden to large companies would be ideal. He further states that adding cryptocurrency functionality could allow subscribers to pay for microtransactions, tip creators, and facilitate peer-to-peer exchanges. This would allow Gab to be free of third party pressures to censor and unduly regulate. Henrik and Andrew also speak about the ability of blockchain technology to preserve freedom of speech while aiding law enforcement with criminal investigations; the internet’s trend towards the formation of niche communities; the disruptive nature of censorship algorithms; and much more. 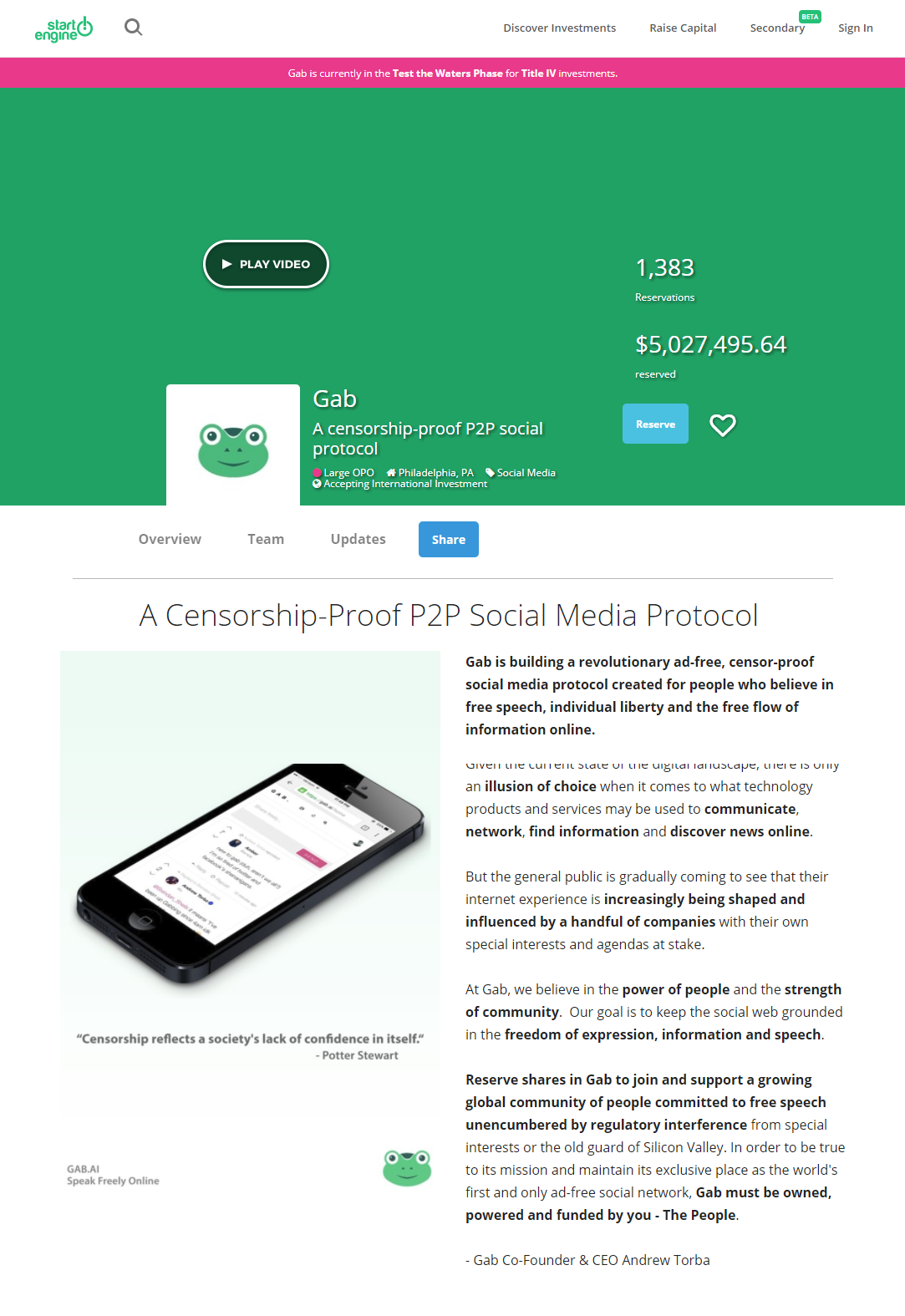