May 26, 2011
William Bramley began his writing career at age twenty-six when he began the research that would culminate into his first book The Gods of Eden. His second book is called Jesus Goes to Hollywood: The Alternative Theories About Christ. In this interview William begins talking about the connection between war and apocalyptic religions, tools to create disunity and gain control. Then, we get into the subject of ETs. Does our planet belong to them? Bill will discuss alien abductees, David Jacobs and ETs understanding of the soul. He'll also talk about making contact and various groups who claim interaction with specific beings. Next, Bill questions if we're heading for a"wipe out" and shares his research on current trends connecting the human food supply, famine and plaques. It is also possible that humans are slowly being eradicated on the planet. We'll talk more about David Jacobs' research that claims hybrids are integrating into society and slowly taking over. We end the first hour talking about solving humanity's major problems. The answers are simple. In the second hour for members, William talks about his book, Jesus Goes to Hollywood. The book contains various alternative theories about Jesus and his life. Bill shares his favorite idea about Jesus which is the survival theory saying that Jesus did not get punctured by a spear and die on the cross. We'll discuss other theories about Jesus as well as those he was surrounded by such as Mary Magdalene, Peter and Paul. William also brings attention to Barabbas. Was he the son of Jesus? Bill tells us why he doesn't agree with the theory that Jesus never existed. We'll also talk about why Jesus became so popular in religion as well as what his true message was. Was this message hijacked? Who was behind writing the gospels? William also tells us why he thinks the book of Revelation is a terrible book. Later, we talk about the"spirit of truth" or the holy spirit as the true messenger to set us free. Bill talks about respecting past spiritual leaders but moving on and focusing on the present instead. He also shares how getting hung up on secret societies and symbolism can become a hindrance. We end on the subject of quantum physics, helping to lead us to the spirit of truth.

The Gods of Eden

Jesus Goes to Hollywood: The Alternative Theories About Christ

The Book of the Damned: The Collected Works of Charles Fort 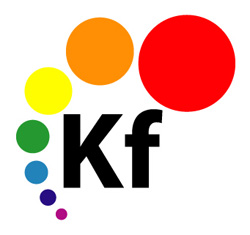