Guanches: The White Indians of the Canary Islands

Sep 1, 2014
A serious student of pre-Spanish Canary Island culture, Gordon Kennedy has been collecting historical information about the Guanches since 1975 and is recognized as one of the world's authorities on this Indo-European anomaly, with his Guanche archives amongst the largest on earth. He has personally explored the caves, beaches, museums and mountains of the islands and studied many Guanche mummies, tools, pottery and personal artifacts. Kennedy remains one of the few American authors to publish scientific research on this topic in the past 100 years, and his personal library contains some of the most extensive records of Guanche existence, having been mined and published by the scientific community for several decades. In this program, we discuss Gordon’s book The White Indians of Nivaria: The Untold Story of the Last Stone-Age Indo-European Tribes. Gordon speaks about the travels of Thor Heyerdahl, which sparked his interest into looking at ancient civilization on Canary Island. Kennedy’s book is an anthropological odyssey and true historical account of White natives living on seven African islands, for many thousands of years. It’s a lost and forgotten chapter of Indo-European pre-history that describes a Western settlement on an Eden-like volcanic archipelago, inhabited by an indigenous population of Caucasians. This is a rare glimpse into a pre-Christian Western culture on a tropical island. In the second hour, we’ll talk about what happened to ancient empires once massive amounts of guest workers immigrated into their lands, breaking up the host culture. The Guanche Indians also mummified their dead, constructed ceremonial pyramids and spoke a unique language. They were custodians of an ancient spiritual legacy from the ancestral memories of Indo-European evolution. This is a fascinating piece of covered up history seldom addressed.

whiteindians.com
White Indians Photos and Images
Trepanning
What you didn't know about Sweden

The White Indians of Nivaria; The Untold Story of the Last Stone-Age Indo-European Tribes
To the American Indian: Reminiscences of a Yurok Woman
The Discovery of Mankind: Atlantic Encounters in the Age of Columbus 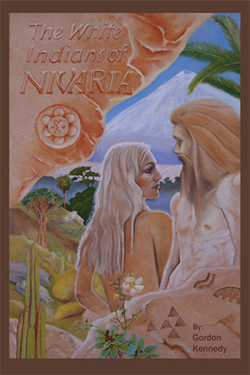