Jun 24, 2010
Klaus Schmidt is a German archeologist Klaus Schmidt, from the German Archaeological Institute, who has been working as the head archeologist at Göbekli Tepe, a temple site located in southeastern Turkey close to the boarder to Syria. Klaus has been excavating there since 1994. In this short interview, he talks about his excavation work, impressions, theories and about the people who built it and worshiped at this ancient temple site. The temple is believed to have been erected in the 10th millennium BC (about 11,500 years ago). It is believed to be the oldest human-made place of worship. It has even been called the Garden of Eden. Only about 3-5% of the site has been excavated so far and has unveiled several stone circle rooms, only one of which has been dug down to the floor. As many as 20 such structures are thought to exist under the ground at the site. These have been detected by radar scans. These stone circles have large T-shaped pillars, some of the heaviest stones weight up to 50 tons. The monoliths are decorated with carved reliefs of animals, abstract pictograms, sacred symbols and similarities to Neolithic cave paintings. The carefully carved figurative reliefs depict lions, bulls, boars, foxes, gazelles, donkeys, snakes and other reptiles, insects, arachnids, and birds, particularly vultures and water fowl. Göbekli Tepe means "hill with a potbelly" although there already exists other interpretations of the name, connected to the word "Zep Tepi" or "The First Time" a period in, ancient Egyptian beliefs, a mythological golden age when the gods lived amongst humanity together with half-divine offspring of gods and humans. Is Göbekli Tepe the Garden of Eden? 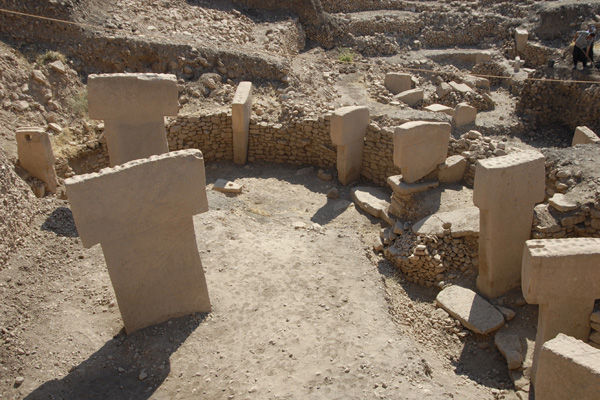 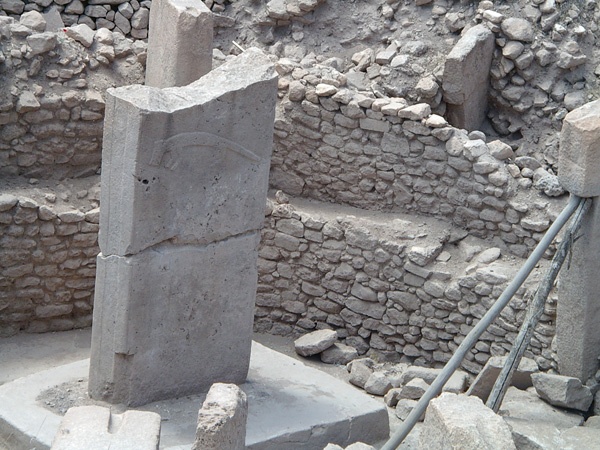 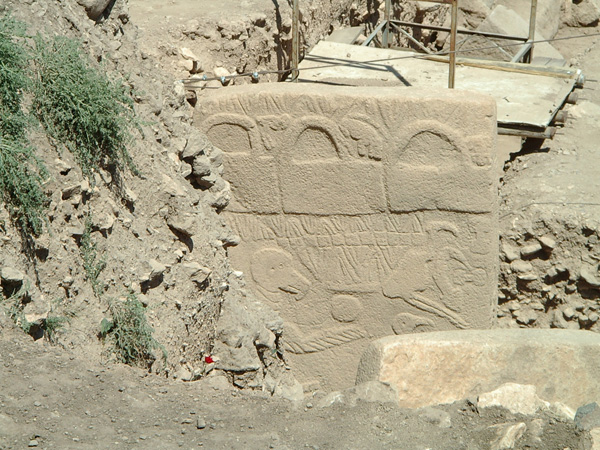 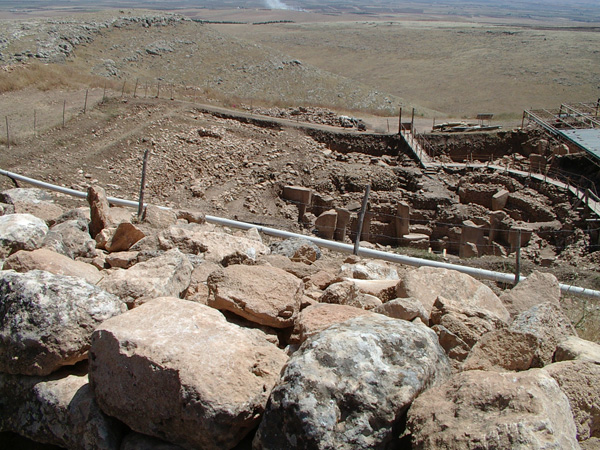 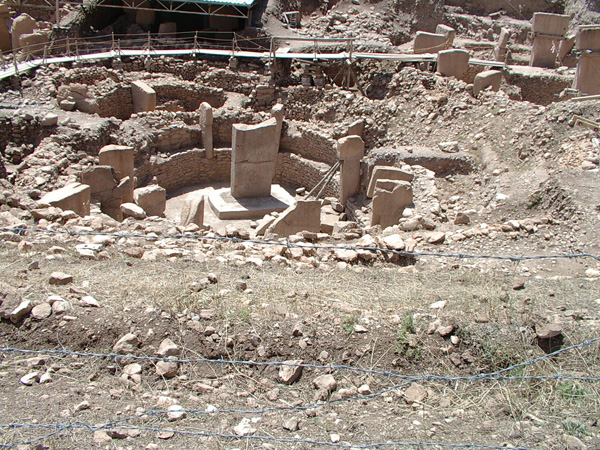 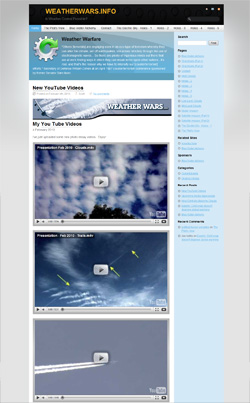