Nov 12, 2014
Canadian born Arthur Topham has a background in Political Science and Education. Since 1999 he has been the Writer, Journalist, Publisher & Editor of RadicalPress.com. Due to the fact that the website has been sabotaged on a number of occasions over the years the information on it only goes back to June of 2006. Arthur will talk about the pressures of Jewish lobbyists in Canada to remove his site, specifically B'nai Brith Canada. Its materials posted sparked two attacks from the lobbyists, the first occurring in 2007 when he was charged with a sec. 13(1) "hate crime" under the legislation contained in Canada's Human Rights Code. The second attack occurred in 2012 when he was charged under the Canadian Criminal Code, sec. 319(2) "Hate Propaganda" legislation with "willfully promoting hatred against an identifiable group, people of the Jewish religion or ethnic origin." He’ll talk about these charges, his arrest and the upcoming trial before the Supreme Court of British Columbia. Arthur discusses the history of such “hate propaganda” laws in Canada and how they came about. He’ll also talk about the former sec. 13 legislation which was used by the lobby groups for decades to stifle criticism of Israel and discussion concerning anything related to Zionism both on and off the internet. In the second hour, we’ll speak more about forced Zionist agendas in Europe, replacement level migration in the west, anti-Europhobia and why people, wherever they are on the political spectrum, should be concerned that freedom of speech and freedom of the press is threatened in Canada. 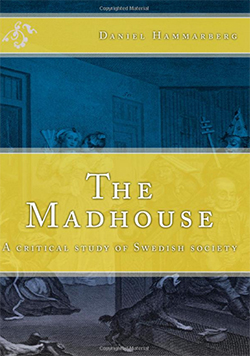