Dec 4, 2011
From São Paulo, Brazil, Dean Dominic De Lucia discusses his book: "Hollow Earth in the Puranas." De Lucia was born in Bethesda, Maryland. He studied Business Administration at the University of Baltimore, and later on completed a two-year course in translating at the Catholic University in São Paulo. He has maintained a life-long interest in Indian Hindu philosophy and spiritual practices, which ultimately led him to take up Vedic astrology. He began his studies in 1981 under Nalini Kanta Das or "Tom Hopke", and has been a student and practitioner of the art ever since. His articles were published in two Bangalore magazines, "The Astrological Magazine" and "Modern Astrology." Dean has also written a book called "Astrologia Vedica". We'll discuss Hindu traditions, specifically, the Vedas and the Puranas as Dean has found accounts and stories in the Vedic scriptures related to "The Hollow Earth" and "The Ancient Ones", the demigods or the giants that are alleged to inhabit our inner Earth. Dean will talk about the present day search for the openings to the hollow Earth as well as older accounts and expeditions to the Antarctic and Arctic Circle. Most are familiar with Admiral Byrd's claim of exploring the inner Earth but there are others, of which involved Norwegian explorers, such as Olaf Jansen's Story, also known as "The Smokey God - A Voyage to the Inner World" and Fridtjof Nansen's "Fram" expedition. We'll talk about these and the links in Vedic mythology and the stories of a northerly Shambhala. In the next hour, Dean Dominic De Lucia talks about the "Aryan invasion" and the cast system in India. At one point, there may have been interbreeding between the gods/ giants with the surface people, humans. Just as though the Bible has its account of the Nephilim, the Vedas and Puranas have theirs. Next we talk about the opening at the North Pole, how wide it extends and if it's the only entrance into the hollow Earth. Dean tells us that all planets are hollow and that Earth in that regard is nothing special. We talk about what some satellites show and if any special government branches know about the entrances. Why are there fewer expeditions since the Norwegian expeditions began? Are explorers being stopped from exploring the area? We'll go deeper into the workings of the inner sun and talk about how auroras are produced. Later we discuss Nicholas Roerich and the temperature measurements that have been taken around the opening and what they read. The search for Shambhala (or Agartha as some call it) has been a common theme in many cultures from around the world. Is there really something to it?

Hollow Earth in the Puranas
The Smoky God
Farthest North: The Epic Adventure of a Visionary Explorer
Farthest North on Google books

Pirates of the Caribbean - Up Is Down 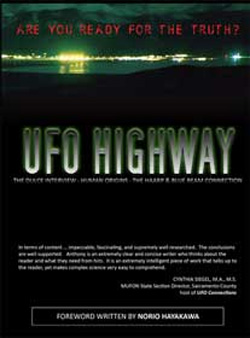