I, Cyborg, Implants, Cybernetics, AI & The Rise of the Machines in 2020

Jun 29, 2008
Kevin Warwick is Professor of Cybernetics at the University of Reading, England, where he carries out research in artificial intelligence, control, robotics and biomedical engineering. He is a Chartered Engineer (CEng.) and is a Fellow of The Institution of Engineering & Technology (FIET). He is the youngest person ever to become a Fellow of the City & Guilds of London Institute (FCGI). Kevin has instigated a series of pioneering experiments. For the first hour of this program, Kevin discusses his latest research in cybernetics, implantable RFID's, microchips, artificial intelligence, biomedical engineering, brain machine interfaces, robotics, "Human 2.0" and his book "I, Cyborg". He unveils the story of how he became the world’s first Cyborg in a ground breaking set of scientific experiments. Kevin says, “In the years ahead we will witness machines with an intelligence more powerful than that of humans. This will mean that robots, not humans, make all the important decisions. It will be a robot dominated world with dire consequences for humankind. Is there an alternative way ahead? Humans have limited capabilities. Humans sense the world in a restricted way, vision being the best of the senses. Humans understand the world in only 3 dimensions and communicate in a very slow, serial fashion called speech”. Can this be improved on? Can we use technology to upgrade humans? Kevin Warwick has taken the first steps on this path, using himself as a guinea pig test subject receiving, by surgical operation, technological implants connected to his central nervous system. For the second hour, we dive into the "Sci-Fi scenario zone" and theorize what might be on the horizon for the next 5 - 12 years. According to Kevin, it could turn out to be a very ugly scenario. There is a possibility of a "Terminator" type scenario, machines versus humans. We discuss the current developments in AI, robotics, cyborg research, human-brain / computer-machine interfaces and where this research might take us tomorrow.

Peter Cochrane Will Microprocess Your Soul

March of the Machines: The Breakthrough in Artificial Intelligence

Computer Intensive Methods in Control and Signal Processing: The Curse of Dimensionality 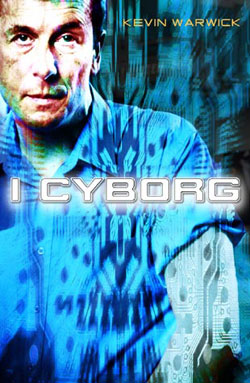