Islamic Invasions of Europe & The Heroes That Pushed Them Back

Dec 7, 2015
Govan Kilgour is a Canadian researcher, writer, and vlogger. His work online for the past 8 years has largely been focused on health and longevity, but more recently he's been covering a wider range of topics that he sees as crucial to the future survival of Western European culture. His YouTube channel touches on everything from history to current world events, demographic issues, social engineering, and more.

Our conversation with Govan begins with an overview of the unsung kings and heroes featured in his video, “This is Europa - 10 Underdog Heroes of History.” We discuss some of the hundreds of battles that have been fought between Europeans and Islamic forces, focusing on modern-day Middle Eastern 4th generation warfare tactics that have pulled the rug out from underneath the conventional West. Govan credits Europe’s refugee invasion as the impetus behind his current quest to reinvigorate the spirit of noble European heroes, and we look at the infiltration by Cultural Marxist ideology that has blurred the lines of traditional warrior myths. We touch on the Persian invasion of Greece and the role of the Byzantine Empire in protecting Western Europe from Islamic invasion. Further, Govan gets into Charles Martel’s victory over the Arabs in the Battle of Tours, Vlad Dracula’s brutal conquest of the Ottomans, and other important events that stemmed the tide of Muslim advancement into Europe.

In the members’ hour, we discuss the perpetual state of crime and violence in Western Europe that is escalating as the incursion of culturally incompatible Muslims swells. We consider the serious problems Europeans face as the deceitful Universalist narrative leads its native populations down the path to destruction and replacement. Govan talks about the ruling elite that is behind the big push to permanently change Europe’s demographics, and he says that the Nationalistic mentality is the only mechanism for quelling the infiltration and dismantling we face. Then, Govan emphasizes the importance of physical strength and mastering self-defense, and the essential connection of mind and body in overall health. We focus on the differences in mentality of people from intensely violent 3rd world countries and those who are simply unaccustomed to conflict.

govankilgour.com
Govan Kilgour on Facebook
Govan Kilgour on Twitter
This is Europa - 10 Underdog Heroes of History
Govan Kilgour on Youtube
More Support for Suicide Bombing Among Younger Muslims
Many British Muslims Put Islam First
Poll: Nearly Half of U.S. Muslims Believe That Critics of Muhammad Should Be Criminally Prosecuted
Poll reveals 40pc of Muslims want sharia law in UK
Sharia Law or ‘One Law For All’?
Section 6: Terrorism, Concerns about Extremism & Foreign Policy
Much good news and some worrying results in new study of Muslim public opinion in Canada
The World’s Muslims: Religion, Politics and Society
The Moorish Invasion of Spain and the Christian Reconquest
The Twelfth Viking: Holger the Dane
Siege of Vienna
Watch: The Anti-Migrant Video Going Viral Across Europe
French Jewish community warned on Friday morning of #ParisAttacks - Times of Israel changed story to hide inside intel
Battle of Tours
Lazar of Serbia
15% of French people back ISIS militants, poll finds 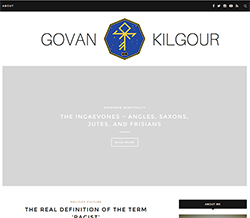