KulturKampf is a podcast on The Right Stuff Radio hosted by Titus Flavius, Tharru Larbi, Aristocles, and Gaius Tacitus. Primarily focused on philosophy, KulturKampf was created to rekindle interest in the Western tradition and utilize the wisdom of our forebears in the contemporary culture war. Reinhard Wolff also joins us this show as a guest host.

To begin, Titus Flavius outlines the origins of KulturKampf. We learn that the podcast was born out of a desire to focus on timeless concepts rather than day-to-day politics. Next, we discuss Plato’s Republic and what it has to offer the Alt Right. Titus describes how, in Book IV, Plato offers a convincing argument for hierarchy within a society. The KulturKampf hosts then talk about their victory over a group of Marxists in a recent debate. This brings us to a discussion on the unfortunate prevalence of Marxism among Western college students. We conclude the first hour by considering the modern Left, and how radical ideologies are rarely able to achieve hegemony.

In the members’ hour, we delve into the reasons why the West is facing its current plight. Tharru cites the importance of studying philosophy, and Aristocles argues that we need a firm understanding of technology as well. We consider the importance of aesthetics, and how many people respond more strongly to beauty than to facts. Gaius Tacitus notes that modern society lacks beauty, and that the pursuit thereof played a part in bringing him to the Alt Right. We also discuss how our current struggle offers the chance for people to become stronger, due to the immense challenge that it presents. The show concludes with the KulturKampf hosts offering their thoughts on the future of not only the Alt Right, but Western Civilization in general. 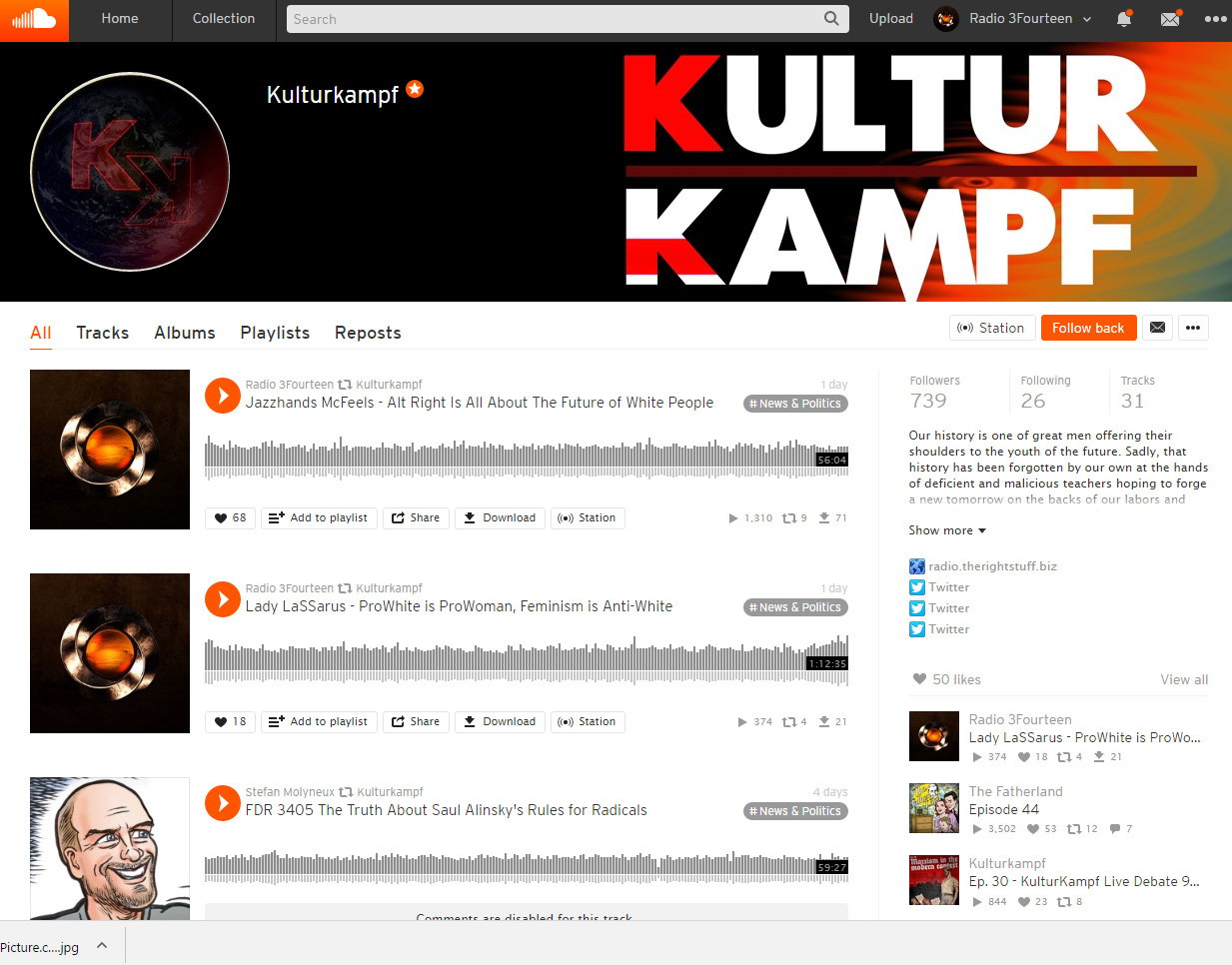