Carlos Morales is a writer and podcaster at Truth Over Comfort. He’s a child rights advocate who’s spoken at Liberty Forum, Liberty Fest, and on a host of shows regarding his former work as a Child Protective Services Investigator and how to protect children from the state. His activism has appeared on Fox News and MSNBC, and has written for Strike the Root and Lew Rockwell. We’ll discuss his book Legally Kidnapped: The Case Against Child Protective Services. Carlos exposes the dangerous tactics and overt corruption that he witnessed as a CPS investigator. He’ll reveal inside knowledge of CPS protocols and the child intake process. We’ll also talk about false claims against parents that result in children being wrongfully taken away. We’ll also discuss the foster care system where children are more likely to be abused. Later, Carlos says what families should do to protect themselves from this monolithic agency that has destroyed the lives of children & parents. In the second hour, he’ll discuss more about the system, including the quality of people that are employed by CPS. Later, we’ll talk about the direction of society. Where is it heading? Is it best to wait for things to fall apart or what is the strategy to enact change? 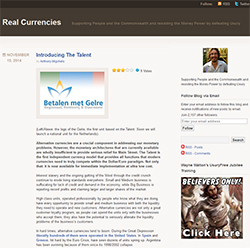