Sep 25, 2015
Jayme Louis Liardi holds a Bachelor's degree in Environmental Humanities and Theatre Arts from Stony Brook University. He is the author of “Revelation: A Return to Virtue,” a book geared towards inspiring disillusioned millennials to challenge the degenerate cultural conditions dominating the modern world today. Jayme is with us to continue the conversation that was begun with Lana on Radio 3Fourteen, this time expanding upon the ideas of finding honor in one’s self and inducting into an authentic life by rejecting the politically correct, cultural Marxist nonsense that is working to destroy the European spirit.

Jayme gives some insight into the state of the university system, where everything that the West stands for has been commandeered under the guise of critical thinking and what is being taught by the liberals is actually pushing towards the destruction of the environment and sustainability, minority rights, equality and justice. We discuss the symptoms of our decaying world, and Jayme offers a bit of inspiration for those who are feeling lost and suffering from the poisoning effects of the manipulative mainstream. We consider what it takes to wake up and arrive at the truth seeking path, to fight the control of the establishment, abandon silly materialistic distractions and the need for acceptance in exchange for doing what is right instead of what is comfortable. We also examine the typical mindset of the millennial generation, most of whom are detached from a true sense of community and sedated by gadgets and decadent influences, but also a growing number that are feeling a sense of urgency to change this selfish way of existence.

In the members’ segment, we again assess the climate on today’s college campuses, where students are programmed to believe somehow there are design flaws in humans that need to be removed, and there is a pervasive religious hive mentality preaching left minded behavioral and speech protocols. Jayme touches on the idea of “love thy enemy” and how truly understanding critical points in recent history unveils the infection of the Judaic cult that has been festering since the dawn of Christianity. We look at some of the demonized aspects of European history, and why the global establishment has worked so hard to erase race differences, hijack storytelling, and drive a wedge between humans and the laws of nature. Our time ends with a call to action for those who are ready to be representatives of nature and nobly contribute to the collective good of our tribe.

jaymeliardi.com
Jayme Louis Liardi's Youtube Channel
Simply Vegan
What is Spartan Simplicity
What is Culture?
Revolt Against the Modern World

Willie Nelson - Are You Sure 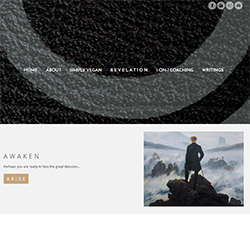