Nixon's Secrets: Untold Truth about Watergate and the Pardon

Nov 7, 2014
Roger Stone, The New York Times bestselling author of The Man Who Killed Kennedy the Case Against LBJ, gives the inside scoop on Nixon’s rise and fall in Watergate as we discuss his latest book “Nixon’s Secrets: The Rise, Fall, and Untold Truth about the President, Watergate, and the Pardon.” Stone was the youngest member of the Nixon staff in 1972 and worked closely with Nixon on his rehabilitation in his post-presidential years. Stone has been a Washington insider for the last 40 years and played a key role in the election of Republican presidents Nixon and Ronald Reagan. Roger argues that just as the assassination of JFK prevents a balanced analysis of Kennedy and his times, the myth of Watergate prevents a reappraisal of the 37th President. Roger reveals how the Kennedy’s wiretapped Nixon’s hotel room and stole Nixon's medical records. He outlines how White House Counsel John Dean, planned, pushed and covered-up the Watergate break-in, then sought to avoid responsibility for it. Stone tells us about the bungled Watergate break-in to determine what exactly Nixon’s agents were looking for and how the CIA infiltrated the burglar team and sabotaged the break-in to gain leverage over Nixon. In the second hour, we discuss the JFK assassination as one event in a series of corrupt events. Also, we’ll talk about the upcoming 2016 election and the chances of putting a Libertarian Party candidate on the ballot. Stone tells us how the Republicans and Democrats are turning into the same party.

Nixon's Secrets: The Rise, Fall, and Untold Truth about the President, Watergate, and the Pardon
The Man Who Killed Kennedy: The Case Against LBJ
Blacklisted by History: The Untold Story of Senator Joe McCarthy and His Fight Against America's Enemies
Blind Ambition: The White House Years

In A World - Crazy Clowns 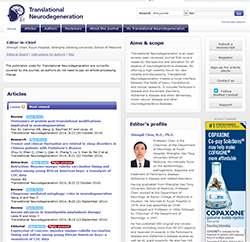