Dec 1, 2011
Peter Dale Scott, a former Canadian diplomat and English Professor at the University of California, Berkeley, is a poet, writer, and researcher. He was born in Montreal in 1929. An anti-war speaker during the Vietnam and Gulf Wars, he was a co-founder of the Peace and Conflict Studies Program at UC Berkeley, and of the Coalition on Political Assassinations (COPA). He is the author of several books including, The War Conspiracy (1972), The Iran-Contra Connection (1987),Cocaine Politics: Drugs, Armies, and the CIA in Central America (1991, 1998), Drugs Oil and War (2003), The Road to 9/11 (2007), and The War Conspiracy: JFK, 9/11, and the Deep Politics of War (2008). In the first hour we revisit Breivik's attack on Norway. We discuss his possible motivations, his connections and his alignment with Nick Greger. Peter explains why he refers to these attacks as "deep events" and gives examples of other systemic deep events. We'll discuss false flag attacks as a strategy to bring in a new agenda. Peter points out similarities to Operation Gladio and Breivik's model of attack. In the second hour we continue discussing Breivik, Norway and the lid of secrecy from Scandinavian media. Is there a corrupt faction campaigning within Norway's government? We discuss how Breivik was not working alone, how he was financed and his connection with arms and drugs trafficking. Peter tells us how arms and drugs trafficking play into politics and how this milieu requires destabilization. Most of the global super-elite have acquired their wealth through crime and their super-influential interest in destabilization has roots in government agencies, arms and drugs. These elite control half of the world's wealth. Peter says what is going in is so huge that he refers to it as a dark force. He tells us that the motives of the shadowy elites include a lack of any restraint to acquire wealth and they'll squash the threat of a population who will react to their pursuit.

American War Machine: Deep Politics, the CIA Global Drug Connection, and the Road to Afghanistan
The Road to 9/11: Wealth, Empire, and the Future of America
Drugs, Oil, and War: The United States in Afghanistan, Colombia, and Indochina
Deep Politics and the Death of JFK
The War Conspiracy: JFK, 9/11, and the Deep Politics of War
Cocaine Politics: Drugs, Armies, and the CIA in Central America, Updated Edition 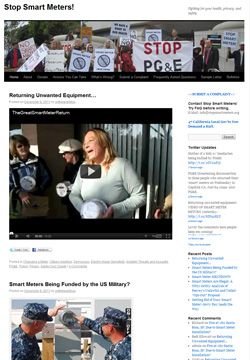