Ordeal of Mercy: Catholicism in Europe

Jennifer Doane Upton grew up in Kentucky and studied under Wendell Berry at the University of Kentucky. She then moved to San Francisco where she studied poetry with Jack Gilbert, Jack Marshall and Kathleen Frazer. She’s had a lifelong interest in the mystical poetry of the world, which later developed into interest in traditional metaphysics and comparative religion. Mrs. Upton is the author of three books: “Dark Way to Paradise: Dante’s Inferno in Light of the Spiritual Path,” “Black Sun: Poems 1965-1985,” and “The Ordeal of Mercy: Dante’s Purgatorio in Light of the Spiritual Path.”

Jenny joins us following the publication of her new book, “The Ordeal of Mercy,” which “presents the Purgatorio, according to the science of spiritual psychology, as a practical guide to travelers on the Spiritual Path.” The book was written in response to what Jenny views as a hidden part of Christianity that is fundamental to the European spirit. She talks about the ethnic element encompassing all religions, along with the migrant invasion of Europe that is being sanctified by Pope Francis. We look at corrupt facets of the Catholic Church that have been casting aside traditional Christian values of the Old Church since the Renaissance. Jenny gives her perspective on the Catholic appeal to social relevance and Universalist ideals. She says this reforming and adopting of liberal values abandons what is good for the soul of the indigenous European population. Furthermore, Jenny asserts that the church has turned its back on the people and is committing spiritual suicide by kowtowing to whims of culturally incompatible immigrants who take offense to Christian tradition. Then, we discuss the origins of Christianity, the source of the bible, and the manner in which Christianity was introduced to the native Europeans. We also consider how charity has become secularized through reformations of Christianity, and where the shift to materialism has shrouded the metaphysical aspect of spirituality. 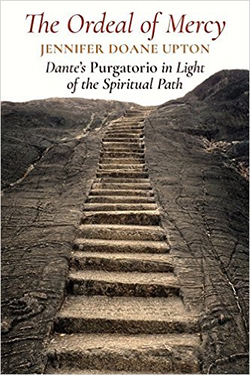