Sep 22, 2014
Kai Murros is a Finnish intellectual well known for his book, Revolution: And How to Do It in a Modern Society. In his Master of Arts Thesis Murros studied the gradual change of the Chinese People's Liberation Army from a guerilla army to a modern professional army. Murros raised a nationwide scandal with his radically nationalist views and appetite for ruthless measures. Murros openly threatened leading Finnish CEOs and politicians that in the aftermath of the national revolution, they would be sent to prison camps as enemies of the people. Today, Murros leads a quiet life of a free thinker tending his garden. In the first hour, we’ll begin on Sweden’s “survivor’s guilt” as they take in more refugees than they can possibly handle. Kai speaks about how ethnic civil war in inevitable in Sweden’s future. Then, we’ll discuss revolution using a radically Machiavellian approach. He’ll talk about how he sees the western industrial societies disintegrating and how a new nation state will then be formed. He’ll speak on hate as a revolutionary force, a necessary human emotion, nature that cannot be contained. Later, we’ll talk about pan-European nationalism and culture as we’ve never seen before. In the second hour, Kai speaks on the appeal of pan-European nationalism and the coming revival of European culture that will reflect the new reality. The new counter culture is already well on its way. We’ll also talk about the value of myths, stories and word to bind people together. He continues talking about the need for a healthy dose of narcissism to counteract the years of being taught to hate ourselves. Kai also shares his view on the pagan vs. Christian debate. Later, we talk about the university system, increasing government control, fighting for resources and western medicine.

Revolution - And How to Do It in a Modern Society 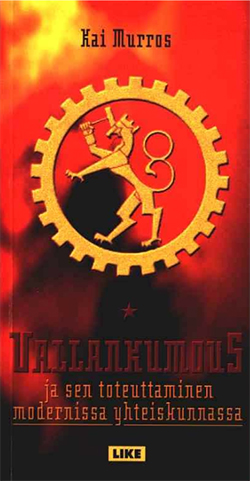