Germar Rudolf was born in Limburg, Germany. He studied chemistry at Bonn University, where he graduated in 1989 as a Diplom-Chemist, which is comparable to a U.S. PhD degree. From 1990-1993 he prepared a German PhD thesis at the Max Planck Institute for Solid State Research in conjunction with the University of Stuttgart, Germany. Parallel to this and in his spare time, Rudolf prepared an expert report on chemical and technical questions of the alleged gas chambers of Auschwitz, The Rudolf Report. He is the founder of the small revisionist outlet, Castle Hill Publishers.

Mr. Rudolf joins us to share the story of his life’s work as a revisionist researcher and writer and the ostracizing and persecution he has endured for daring to tread into the controversial topic of the German holocaust. Germar talks about the process of awakening that led him to question the “official” version of holocaust history in his mid-20s, when he stumbled upon the notorious Leuchter Report while preparing an expert report on the chemical and technical questions of the alleged gas chambers of Auschwitz and Birkenau for the trial of a Holocaust “denier.” We discuss the longstanding and brutal suppression of evidences that refute the cherished narrative of gas chambers used to systematically exterminate 6 million Jews, and we look at the undeniable proof that the powers that be have been using this “miracle weapon” to psychologically trounce German and Western European identity. Then, Germar gives a straightforward definition of “revisionist,” underscoring that in the case of the holocaust, the general issues of persecution and unjust treatment of Jews is not denied. He highlights some of the chemical, structural and biological evidence that points to a starkly contrasting story than what has been painted throughout 70+ years of political propagandizing. Germar also touches on the thought crimes that sent him to prison for 44 months and the blatant lawlessness of court proceedings he’s witnessed, and he gives a rundown of his latest book, Resistance is Obligatory.

In the members’ segment, Germar goes deeper into exposing free speech hijacking and human dignity suppression that is at the core of revisionist work. We consider the massive power structure upheaval that would need to occur in order for Western civilization at large to achieve a complete paradigm shift and accept the fact that we have been lied to and manipulated on so many levels concerning WWI/II. Then, we talk about the establishment’s grave fear of the rise of nationalism despite the recent terrorist attacks by hostile foreign invaders in Germany and France, and Germar gives a grim picture of the migration statistics for Europe, which is seeing many of its best and brightest indigenous populations fleeing the monster and taking up residence elsewhere. We discuss the most critical extinction level crisis that is plaguing Europe – the demographic decline of natives resulting from the shrinking birth rate. Germar emphasizes the financial implications of Europeans allowing themselves to be bred out, and we debate whether or not the government’s (dis)incentivizing having larger families is really the issue. We give some thought to the role of the 1960s sexual revolution, the advent of birth control, and the lost sense awareness that we live in a chain of generations that keeps the social order on course. At the end, we weigh up how the crisis the West is spawning many religious zealots and a rising core of radical traditionalist who may or may not be able to rescue the vanishing European civilization. 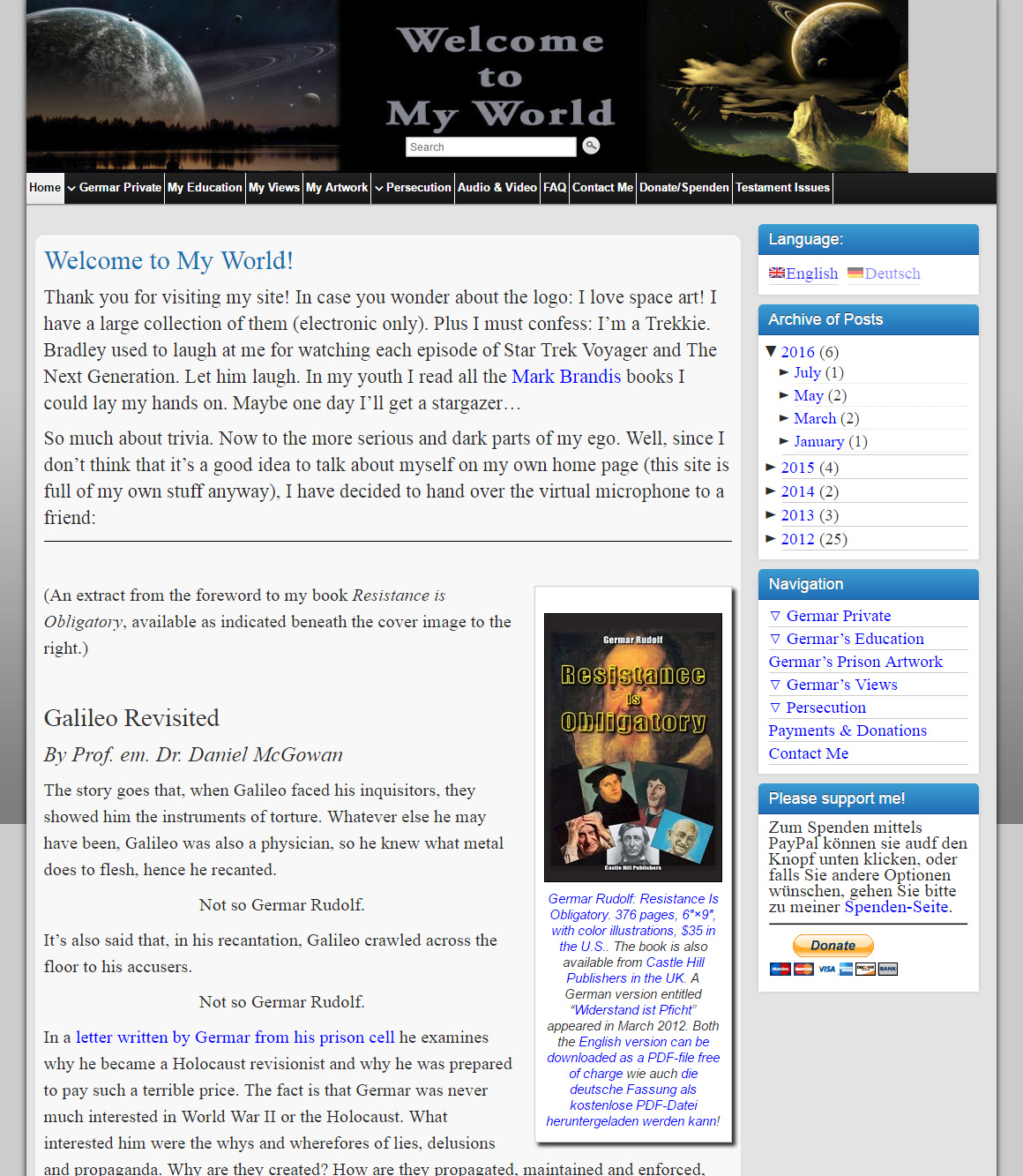