Dec 19, 2014
Joaquin Flores is an American expat living in Belgrade. He is a full-time analyst at the Center for Syncretic Studies, a public geostrategic think-tank, where his work centers on Eastern European, Eurasian, and Middle East affairs. Flores is particularly adept at analyzing the psychology of the propaganda wars and cutting through the noise of 'information overload.' He also serves as the Europe-wide coordinator for New Resistance, a US based revolutionary movement. In the first hour, Joaquin explains the impetus for the founding of the Center for Syncretic Studies, formed in 2013 as platform from which to view the various social and ideological movements that exist today with a broad lens. We discuss the commonality between the radical and progressive left and the radical and paleo-conservative right, which hold the same values and also see the same things wrong with society. Then, Joaquin breaks down the divide and conquer tactics of our leaders, the dictatorship that exists within the US, and the importance of waking up to the delusion that there will be a government reform. In the second hour we consider what it is that can be done by the people in the USA to overcome the dilemmas of Government. Joaquin gives some insight into commonly held criticisms of the Powers That Be, the US’s misinterpretation of revolutions around the globe, and the importance of getting past the idea that the mainstream view is the majority. Then, we examine the propaganda surrounding multiculturalism and the deracination that is occurring within European cultures. Later, Joaquin talks about the media war that is occurring within the Ukraine and Russia, Operation: Gladio, and the New Inter Nationalists. Further, we deliberate the Ukrainian Civil War, US involvement with Pravy Sektor Coup, the push for a Ukrainian failed state, and the role of Islam in this artificially created social movement. In conclusion, Joaquin describes how The New Media is the primary weapon in 4th generation warfare.

Escape from New York OST - Over the Wall 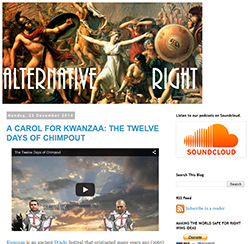