#PizzaGate: The Elite are Involved with Pedophilia

Tara, also known as Reality Calls, is a British YouTuber. Although she originally created her channel to discuss veganism, she has since transitioned to covering politics and unpopular truths. Reinhard joins us for this show as well.

We begin by diving into #PizzaGate. We discuss the origins of the scandal, which lie in John Podesta’s leaked emails. These emails were found to contain strange references to pizza and hotdogs. Eventually, internet sleuths were able to determine that these were actually codes for something else. This led to the discovery of Comet Ping Pong, a pizza shop in Washington D.C. with intimate connections to The Democratic Party. We discuss how this pizza shop, despite seeming normal from the outside, appears to be the front for an elaborate pedophile network. The first hour also covers Satanism, spirit cooking, and whether or not Podesta and friends are serious occult practitioners.

The members’ hour starts with a discussion on the untimely deaths of a few truth seekers. We mull over Andrew Breitbart’s apparent knowledge of Podesta’s involvement in underage sex trafficking, and also discuss Max Spiers, who recently died under mysterious circumstances while investigating organized pedophilia. We consider the role that pedophilia plays in the global power structure, and agree that the elite cater to the twisted desires of their subordinates in order to gain control over them. We then explore why many people refuse to even look at the evidence for #PizzaGate – despite the fact that members of the elite have been convicted of pedophilia on many occasions. To conclude our show, we consider what can be done to ensure that those complicit in #PizzaGate are – legally – brought to justice.

I am a Pizza - New Original Pictures 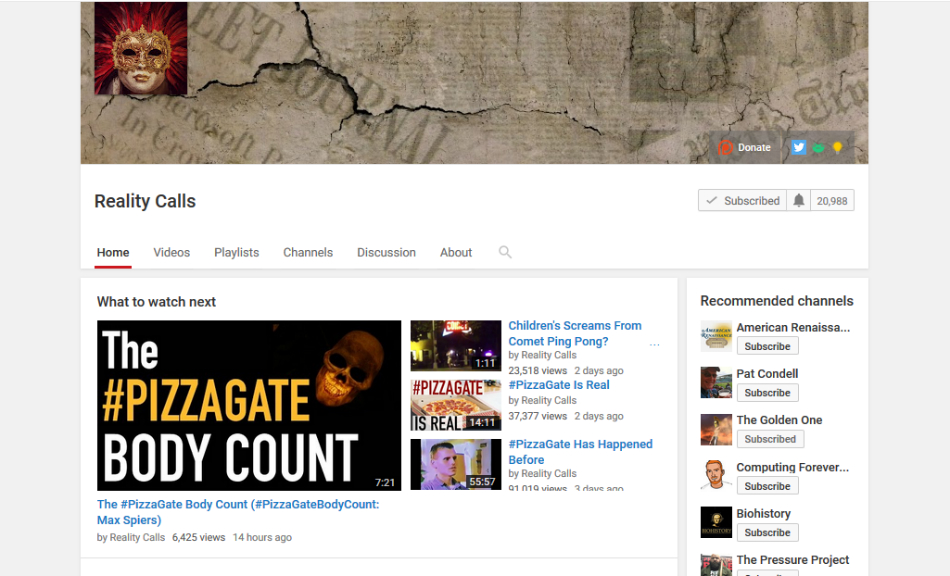