Stephen Edred Flowers, also known by the pen-name Edred Thorsson, is an American Runologist and proponent of occultism, Germanic mysticism, Odinism, esoteric runosophy, Asatru, and Mazdaism. He is known for being instrumental in the early establishment of the Germanic Neopagan movement in North America and has been involved in Left-Hand Path organizations. Flowers has hundreds of published papers and over three dozen books, including “The Good Religion” and the forthcoming release, “Original Magic”. Flowers is currently director of the Woodharrow Institute of Germanic Studies and the owner and operator of Runa-Raven Press.

Stephen begins by discussing his vision for rejuvenating the Indo-European way through a revival of well-founded Germanic traditions and the restoration of traditional areas of study that are being eliminated from academia. He explains the foundations of the Mazdan tradition and its ultimate goal of attaining happiness in the here and now, and he speaks to the importance of preserving the heroic myths that our ancestors would evoke to organize and motivate societies. We talk about the centuries-long, coercive Christianization process that eroded away the ancient organic values of Indo-European folk-groups and flipped the true position of humanity on its head with the idea of original sin. Stephen highlights his understanding of the connection between the formation of the Germanic religion and the Zoroastrian way, and he emphasizes how the absence of culturally conditioned images allowed different cultural spheres to develop according to a veneration for their own symbols, myths and rituals.

In the members’ segment, Flowers talks about ancient horse domestication and the profoundness of the great myth of the American frontier. Then, Stephen explains the history of the Germanic writing system called the Runes and the relationship between the theory of magic and the mystical study of runes. We discuss rune magic, the use of artistic, mythical components in conveying messages, and the function of rune stones in immortalizing the dead and instilling motivation for group survival. We also touch on the application of runes in self-transformation, which Stephen says can be used to facilitate communications between one’s conscious and unconscious mind and in activating the spirit. Additionally, Stephen gives recommendations for inspiring a sense of spirituality and purpose through self-exploration and bonding with other like-minded individuals in real life. At the end, we consider the Persian Empire’s role in spreading the Aryan traditions of community and rights for all living things.

The 13th Warrior OST - Sound of the Northmen 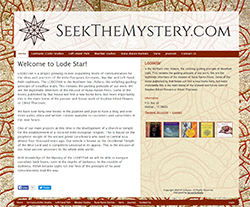