Sep 13, 2013
Charles Eisenstein graduated from Yale University with a degree in Mathematics and Philosophy. Most of his early twenties were spent in Taiwan where he learned Chinese and worked as a translator. He educated himself in Eastern spiritual traditions and read a lot of books on health, nutrition, globalization, physics, and biology. In his late twenties he entered into a long period of intensifying crisis. His professional work became intolerable and after this, Charles entered a long period of searching. This crisis forced him to let go of a "life under control" and in his helplessness he discovered a generous universe that has always met his needs, somehow, in unexpected ways. He's spent time teaching yoga, learning about herbs, and teaching at Penn State's department of Science, Technology, and Society. We'll discuss his book Sacred Economics and the ideas behind it including economy, monetary systems human nature, climatism, competition, laws and government.

Sacred Economics: Money, Gift, and Society in the Age of Transition
The Ascent of Humanity
The Yoga of Eating: Transcending Diets and Dogma to Nourish the Natural Self 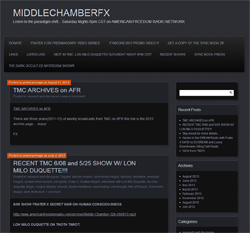