May 19, 2014
Petter Amundsen is an organist, a Freemason and co-author of the book Organisten (The Organist). Since 2002 he has decrypted a number of steganographic ciphers believed to be hidden in several first editions of William Shakespeare and Sir Francis Bacon’s books. In 2003 Amundsen excavated two sites at the legendary Treasure Island – Oak Island in Nova Scotia, Canada. His findings didn’t go unnoticed as it attracted media attention and amazed many in the local community, among them landowner Dan Blankenship. In 2009, he was featured in a four episode TV series, Shakespeares skjulte koder (Shakespeare: The Hidden Codes) which broadcasted on Norwegian TV channel NRK1. In 2012 Amundsen published his second book, Oak Island & The Treasure Map in Shakespeare. In late April 2012 his full feature documentary “Shakespeare: The Hidden Truth” was released in Norwegian cinemas. In 2014, he was featured in an episode of History Channel’s The Curse of Oak Island. In the first hour, Petter tells how he came to find secret messages in Shakespeare and how he learned to decrypt them. He’ll discuss key elements and symbolism. We’ll also discuss the controversy surrounding the authorship of Shakespeare, Francis Bacon, the Rosicrucians and how the ciphers lead to Oak Island in Canada. In the second hour, Petter explains how freemasonry helped him to decipher this mystery. He’ll speak more about Oak Island’s man made underground system, the finds, the excavations and its location, which is related to the constellation Cygnus. He’ll also talk about the lamp, or the menorah and the Ark of the Covenant. 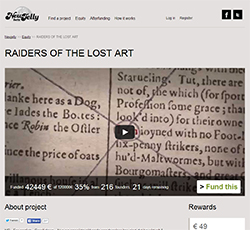