Aug 25, 2011
Will Hart is a freelance journalist, nature photographer, documentary filmmaker and author of The Genesis Race. Back from a long hiatus, Will says we may be in for a tough time as 2012 approaches. In this interview, Will Hart discusses solar activity and the impact it will have on our power grid. It is possible we may be heading for a major black out, in turn drastically changing our current civilization. We'll talk about the transition from the 4th sun into the 5th, according to the Mayans. Then, Will brings up the correlation between the sun and natural disasters and tells us some of the things we might expect. He says these events are a wakeup call, yet many are ignoring the signs. Next, we'll explore the electric universe, comets to keep an eye on (Elenin, YU55, Honda and Levy), cosmic alignments and important dates this September. Will urges everyone to be prepared for loss of electricity and stock up on food, yet not to panic. Later, we discuss the connection between sun spot cycles and social unrest. In the second hour, we begin talking about Comet Elenin, which could be problematic. Will considers volcanoes to be of particular concern because we may be seeing more volcanic eruptions as the sun cycle changes. He is concerned that we're heading into another regime, one of cooler weather quickly. Will spent a decade living without electricity and running water. He'll share some of his experience and give advice to prepare for possible power loss. Everything is so connected in our current world and one major event can cause ripples across the planet. What will we return to if everything falls apart? How will we change? Will our DNA be affected? Later, we'll talk about the force that might be behind drastic Earth changes and how it is prompting us to evolve. Lastly, we'll talk about how ancient astronauts might play a role in our current situation. Will ends the hour speaking about the importance of community and humanity's ability to survive.

The Electric Glow Of The Sun

Why The Electric Universe Matters

Sunspots more active than for 8000 years

Scientists Spot 'Tsunami' on the Sun

What's Wrong With the Sun?

Thunderbolts of the Gods

The Genesis Race: Our Extraterrestrial DNA and the True Origins of the Species 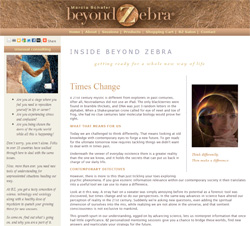