Nov 11, 2015
Lars Holger Holm is a Swedish author and violinist. He has written on a variety of subjects, such as the European musical tradition, for publications like Svenska Dagbladet, Expressen and contemporary magazine Salt, and spent several years as a host on the classical music radio station Stockholm Classic FM. A number of his books are available through Arktos, including "The Owls of Afrasiab," "Homo Maximus," and "Hiding in Broad Daylight."

Lars joins us following the publication of his latest book, "Kärringstaten," which can be roughly translated to "Crone State" or "State of Bitches." As a longtime deviator from the Swedish conformist mindset, Lars characterizes the rapid freefall of Sweden that has gained momentum since the enactment of the EU's open border policy. We discuss the 1986 assassination of Prime Minister Olof Palme, an event that marked a turning point for Swedish society. Lars highlights his investigations into the historical rise of Protestantism, which he links to the implantation of a collective European guilt that has made Swedes particularly ripe for manipulation. We explore the conceptions of original sin, human rights, judgement, discrimination and equality. Then, we look at how the noble Swedish virtues of kindness and trust are being exploited as large scale migration transforms its traditional civilization into a dangerous battleground of social class conflict. We tie this together with Marxist based feminist ideals that discount European culture in general and spit in the face of the great accomplishments of its robust ancestors and remarkable innovators.

In the members' segment, we weigh up the possible outcomes for Sweden in its shuffle to absorb tens of thousands of evacuees that are being extruded from violent, war-torn countries. Lars emphasizes the conundrum the country faces as many of these people go underground, setting the scene for a great criminal paradise. We discuss the grand scheme of globalism and the Kalergi Plan for a multicultural Europe, along with the costs associated with integrating contrasting and incompatible cultures. Lars illustrates how Sweden's emasculated governing powers are naïvely steering its people down the road to an ethnic and economic suicide. We consider what it will take to get people to wake up and realize the madness of welcoming invaders with conflicting morals and intense animosity towards European culture. Our conversation rounds off with reflections on Swedish patriotism, the monumental impact of the Viking and Gothic people, and squelching the absurd narrative of White guilt.

Ensiferum - Burden of the Fallen 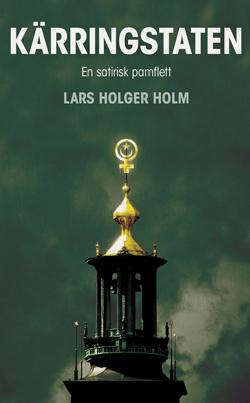