Apr 2, 2014
Mark Gray has degrees in Chemistry, Nutrition, and Chiropractic. He has been looking at patterns and synchronicities in symbols, myth and numbers for almost 20 years. Some of his favorite research was in the US Capitol, which resulted in the book “Freedoms Gate: the Lost Symbols in the US Capitol,” co-authored with investigative mythologist William Henry. We’ll begin discussing 2014, the year of the horse and relevant horse themes found in pop-culture. He’ll also discuss numbers and codes seen in pop-culture as well as trident symbolism at the Sochi Olympics. In the second hour, Mark speaks about four different codes that are “numerically switched” and “signs” to look for. He’ll share symbolism related to the missing MH370 airplane going from Malaysia to China. We discuss how this event echoes 9/11. He relates flight MH370 to the TV show Lost and speculates on what may have happened to the 239 passengers. There are also hints that some have hijacked the plane to use it for later terrorist attacks, while blaming their opposition. Mark also talks about significant events and bombings that have taken place on July 22nd, suggesting the signatures of a false flag or an instigated event. Later, he talks about the latest Superman movie, Man of Steel which shows trident shaped spaceships crashing over the Indian Ocean. The hour ends on potential future insight that can be made to understand what can be forecasted using numbers. 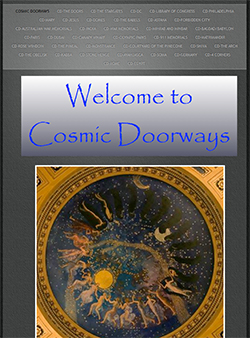