Symbols of an Alien Sky, Mars, Cronus & The Electric Universe

Dec 15, 2011
David Talbott, a comparative mythologist whose work offers a radical new vantage point on the origin of ancient cultural themes and symbols, is the primary catalyst behind the "Saturn Model." He also proposes a "Polar Configuration," inspired by Immanuel Velikovsky involving the five planets Jupiter, Saturn, Venus, Mars and Earth. He claims that in ancient times the five planets orbited the Sun as a single linear unit, which rotated about a point close to Saturn, before its break-up at the end of the Golden Age. He claims that the violent evolution of this "Polar Configuration" provoked the myth-making epoch of human history. David will explain his theory and how he utilizes points of agreement between cultures to reconstruct our past. We'll discuss the "great conjunction," the birth of myth and symbols and the turning sky. David is also the co-author (with Wallace Thornhill) of Thunderbolts of the Gods and The Electric Universe. Talbott will talk about electricity in space, reconstructing plasma discharge and chronicled formations in our sky. In the second hour, we begin discussing the timeline of the planetary conjunction of Saturn, Venus and Mars. Symbols and artistic depictions from various cultures tell similar stories. They leave clues about events, yet today it is difficult to decode those events. We'll discuss certain associations we make with the five planets. David discusses Carl Jung's idea of archetypes and how events are linked to the creation of these archetypes. Then, we move on to talk about the evidence of scars on Mars. Valles Marineris, Noctis Labyrinthus and Olympus Mons are all regions on Mars that show signs of massive electrical scarring. Later, we'll speak more about our solar system and its electric nature. We end the hour talking about rough planets and the stability of our solar system today.

Weezer - The World Has Turned And Left Me Here 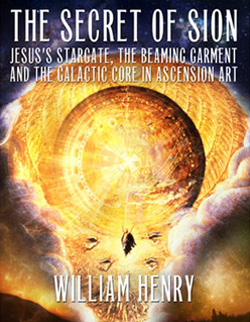