The Astrology of 2012, Influence of the Outer Planets: Uranus, Neptune & Pluto

Mar 22, 2009
Helen Sewell, an astrologer with 25 years experience, joins us to talk about the astrological significance of 2012. We talk about the powerful influence of the outer planets Neptune, Uranus and Pluto in the years leading up to 2012. We focus on 2012 from the perspective of the UK and tie it together with the London Olympics the same year. We also discuss the old "Saturnian" and "Plutonian" forces that are trying to set up a big brother society at this time. Why is that? We discuss the "new" incoming energy and Obama's role during this time. Is the idea of "change" just an illusion? Later, we talk about how astrology, psychology and mythology are closely related. In our second hour with Helen, we talk more about the properties of the outer planets and why they have such a big influence on us. Then, we dive deeper into the 2012 enigma and the revolutionary energies that are associated with this period. We talk about the immerging control state, representing the old vs. the new incoming energy. What will happen when these energies clash? We could potentially see huge economic reformation and even civil unrest as a result. Later, we talk about the increasing energies and influences of Aquarius, Saturn’s return, the importance of technological development and human evolution leading to telepathy.

Beyond 2012 Catastrophe or Ecstasy Article

The question of the Mayan calendar end date

Cosmos and Psyche: Intimations of a New World View 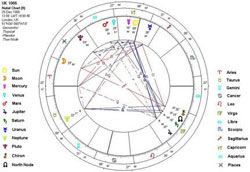