Aug 1, 2012
Loren Coleman is one of the world’s leading cryptozoologists. He has also been an instructor, associate professor, research associate, and documentary filmmaker, in various academic university settings, since 1980. Loren has written extensively in the social sciences, having authored, coauthored, or edited several books, including the critically acclaimed Suicide Clusters. His newest book examines the role of media and cyclic violence in The Copycat Effect: How the Media and Popular Culture Trigger the Mayhem in Tomorrow’s Headlines. Loren joins us to discuss the Aurora shooting and The Copycat Effect. He’ll discuss suicide clustering, twilight language and harmonic dates and names. He shares his interesting analysis covering synchronicities, patterns and oddities in relation to the Aurora shooting and James Holm, which he refers to as a “Red Dawn” event. In the second hour we begin discussing how media can trigger events. Loren comments on the popular “lone nut” idea constantly used by the media. Then, he puts on the conspiracy hat and discusses more synchronicities and oddities surrounding James Holm and the Aurora event, including the possibility that James did not work alone. Coleman also converses on the Batman movies and confusing themes within them. We’ll talk about violent projections of our current culture and defenses from dark programming. Later, we talk about the movie Red Dawn and discuss more symbolism in relation to the Aurora phenomena. Coleman ends talking about the aftermath in Colorado.

The Copycat Effect: How the Media and Popular Culture Trigger the Mayhem in Tomorrow's Headlines 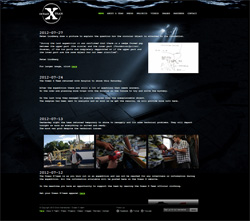