The Day Before Disclosure & The New Paradigm

May 3, 2011
Terje Toftenes has a background with the Norwegian Broadcasting Corporation, but has for the last 25 years worked as an independent producer, making promotional and educational films for Norwegian corporations through his company "Toftenes Multivisjon". He founded "New Paradigm Films" in 2006 as a result of long interest in the fields of new science, spirituality, UFOs and philosophy. His vision is to build a catalog of informative high quality films giving first hand insight in the topics of the new paradigm. In this program we talk about the "new paradigm" and his latest film "The Day Before Disclosure". The film documents the growing awareness and the build up to the day the UFO and ET presence becomes a worldwide accepted reality. Terje also shares his personal views on ET, sightings in Norway, the role of ET in future human affairs, our evolution and the upgrading/manipulation of our DNA.

Free Screening of "The Day Before Disclosure"

They're heeeere? Scientists say alien life could already be lurking among, or even in, us

Official Disclosure In The Pipeline? 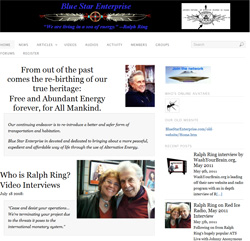