May 31, 2011
David Warner Mathisen is a graduate of the United States Military Academy at West Point. He later earned a Masters in English Literature from Texas A & M University and taught in the English Department at West Point. It was a trip to New Zealand that inspired his examination of the evidence for ancient contact between the continents prior to the timeline offered by conventional historians. David’s book "The Mathisen Corollary" offers new perspective on the alternative theory of mankind's ancient past, examining the clues from ancient myths, from the geological evidence on our planet's surface, and from the archaeological evidence from Stonehenge, the Great Pyramid, and Teotihuacan, among other sites. It provides new evidence in support of the theories of a cataclysmic global flood, using both mythology and archaeology in addition to geology. It includes a detailed explanation of important celestial phenomena, particularly the precession of the equinoxes, and a refutation of the conventional theories of plate tectonics and Darwinian evolution. He joins us to discuss the evidence for a lost ancient civilization and a global flood, both from a geological and mythological perspective. We discuss the hydroplate theory of Dr. Walt Brown and how the phenomena known as the precession of the equinoxes first began. We continue speaking with David Warner Mathisen for two more hours in our members section. We'll discuss the evidence in the archeological record for a global flood in the past, including human remains. Red haired mummies have been found all around the world suggesting trans-cultural diffusionism. David will also talk about geodesy or geodetic measurements, pyramid construction and the builders. The evidence is suggesting that mythology, geology and archeology all connect to describe an ancient flood and the beginning of the phenomena we know as the precession of the equinoxes. Later, David speaks about the different ages of precession and explains how cultures from the ancient world worshiped these signs as gods. And he talks about processional numbers being incorporated within monuments and buildings around the world.

Precession of the equinoxes

The Hydroplate Theory - The Flood 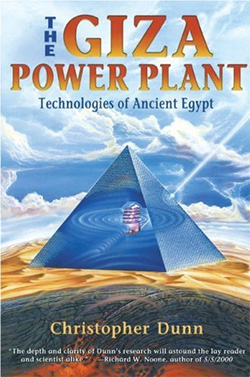