The Last Kings of Norse America

Jun 4, 2013
Robert G. Johnson received his Ph.D. in physics from Iowa State University. After a puzzle-solving career in industrial research at Honeywell, he joined the Department of Geology and Geophysics at the University of Minnesota to work on the mystery of past climate variations. Johnson has published many research papers and one book: Secrets of the Ice Ages: the Role of the Mediterranean Sea in Climate Change. Initially a professional calligrapher, Janey Westin pursued paleographic studies of medieval manuscripts, stone inscriptions, the structure of letterforms, and the tools and materials of the trade. This work expanded into stone letter carving and sculpting. Her studio, Paper & Stone, is located in Edina, Minnesota. Robert and his daughter Janey discuss their book, The Last Kings of Norse America: Runestone Keys to a Lost Empire. They connect the runestones to a Norse expedition to North America, documented by a 1354 Royal Proclamation. Johnson explains that both the Kensington stone, found in 1898 on a settler’s farm near Kensington, Minn., and Spirit Pond runestone, found 73 years later on coastal Maine, were memorials to the men lost during an expedition to North America. The authors say the trip was led by Haakon VI, son of Magnus, King of Sweden and Norway, and the Honorable Paul Knutson, a king’s law speaker in Norway, who was in command. Westin explains that the key to accurately translate the runic inscriptions is in recognizing that many of the words were abbreviated in medieval style. Her translations of both stones are published in the book. The authors weave historical research and controversial Norse findings in North America with an in-depth linguistic study to present an adventure of travel and tragedy.

The Last Kings of Norse America: Runestone Keys to a Lost Empire 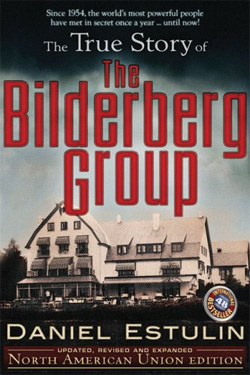