The Men in Black & Mothman

Aug 21, 2011
Nick Redfern is a freelance journalist that has been writing and researching the topic of UFO's and the paranormal since the late 90's. Nick is the author of: "The NASA Conspiracies", "Memoirs of a Monster Hunter", "Strange Secrets: Real Government Files on the Unknown", "On the Trail of the Saucer Spies: UFO's and Government Surveillance" and "Contactees" among others. In this program we focus on his latest book "The Real Men In Black: Evidence, Famous Cases, and True Stories of These Mysterious Men and their Connection to UFO Phenomena". We begin our discussion about the people at the root of the men in black phenomena: Albert K. Bender, Gray Barker and John Keel. Then, we talk about some of the most interesting cases, reports and theories. Are the men in black simply government agents or could they be aliens, human genetic experiments, hybrids, clones, robots, time travelers or agents from an alien race? Since they often are reported in connection to UFO sightings, one of the more common theories about them is that they are sent out to warn eyewitnesses not to discuss their sightings. In other cases, because of their odd behavior, their mission seems to be to discredit the eyewitness of a UFO. We run through the different possibilities and discuss references made in movies and TV-shows and their influence on the phenomena. We proceed in the second hour with Nick Redfern to discuss the men in black and the connection to the legendary creature "Mothman", reportedly seen in the Point Pleasant area of West Virginia in the 1960's. Some reports describe the MIB as having Asian features, others say they look like Sami people of the north. There are other theories suggesting that the men in black are the recognizance unit or spies of an underground civilization here on Earth. John Keel talked about their connection to the hollow Earth and the underground "King of the World." We'll hear what Nick thinks about this. Later, we ask Nick about the "Freedom of Information Act" and if there are descriptions of the men in black contained in official government reports. Nick talks about shamanic traditions and the Tibetan Buddhist concept of "Tulpas" or "Thoughtforms", and argues that if mind creates the world, then it's possible that this phenomenon is more closely related to us then we currently understand.

John Keel's Presentation on the Men in Black (1989)

The Real Men In Black

The Shock of Awe (Part One)

The Real Men In Black: Evidence, Famous Cases, and True Stories of These Mysterious Men and their Connection to UFO Phenomena

The NASA Conspiracies: The Truth Behind the Moon Landings, Censored Photos , and The Face on Mars

Contactees: A History of Alien-Human Interaction

On the Trail of the Saucer Spies: UFOs and Government Surveillance

Body Snatchers in the Desert: The Horrible Truth at the Heart of the Roswell Story 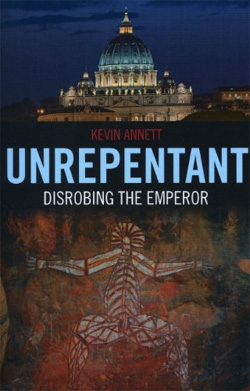