The Necronomicon, Magick, Hollywood & The Secret Teachings of the Illuminati

Jan 17, 2010
Michael Wynn says he is basically a computer nerd from Florida who became 9/11 aware through Loose Change and Alex Jones in 2006. Before that, he didn’t believe in anything spiritual, esoteric or conspiratorial. Now he gravitates towards the biggest questions and mysteries of the universe. He began studying the Illuminati and masonic messages in Hollywood. Since then, he has made 6 documentaries regarding Illuminati symbolism in Hollywood. His website is hollywoodinsiders.net. In this program, Michael talks about his film "Magick & The Matrix", the necronomicon, magic, daemons, spirits, extra dimensional entities, the occult and Hollywood symbolism. Topics Discussed: magick, the Illuminati, time, extra dimensional beings, time space, spheres, Abdul Alhazrad, HP Lovecraft, the nine gates, Roman Polanski, the safe zone, human energy, Monsters Inc., Kabalistic relationship with Hollywood, Ghost Busters, singularity, Azag-Toth, stuck in the pit of hell, magic as a weapon, protecting yourself, incantations, magical gates, Jinn, Shaitan, CERN, underground civilizations, MHU-THUL, Aryans, the shining ones, Thule Society, Temple of Solomon, sacrifice, symbols and more. Join us for another hour as we discuss John Dee, Edward Kelley, scrying and their system of Enochian magick as well as the necronomicon connection. We also talk about various deities or daemons, Nyarlathotep or Asmodeus. Then, we discuss Enki, Anu, Enlil, Ea, Tiamat, Dagon and many others. Michael talks about mind control, actors, directors and writers connected to all of this. We wrap things up talking about one of the secret teachings of the Illuminati, transformation from body to the light body. What is it and how does it work? Can one soul jump from body to body? Is this how they keep an agenda going for thousands of years? Topics Discussed: conjure spirits, John Dee, Edward Kelley, Enochian magic, secrecy, financial upper hand, Palantir, predicting future, scrying, mirror hall, psychomanteum, left hand path, Cuthulu, antichrist, Nyarlathotep, Asmodeus, Enki, Anu, Enlil, Ea, Tiamat, Dagon, angels, the watchers, how do you conjure up beings, daemons, dark stars, mind controlled agents, technology, prophecy, nanorobotics, The Matrix, body transformation, the Jedi, the Illuminati card game, the secret teachings of the Illuminati and more.

The Return of the Serpents of Wisdom

The Gates of the Necronomicon

Necronomicon: The Wanderings of Alhazred 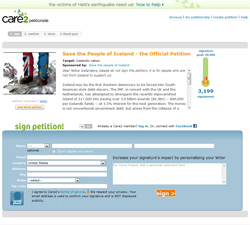