The Nephilim, The Pyramid of the Apocalypse, Antichrist & the New World Order

Nov 3, 2009
Patrick has a B.Sc. and M.A. in Business Studies from Trinity College, Dublin. He also holds a Degree in Theology and received an Honorary Doctorate in Christian Literature from the California Pacific School of Theology, Glendale, California, as a result of the research done in his book, The Nephilim and the Pyramid of the Apocalypse. Patrick is the author of several books. He is not associated with any particular church or denomination. In the first hour of this program, Patrick discusses his two most recent books, "The Nephilim and the Pyramid of the Apocalypse" and "The Return of the Antichrist and the New World Order". We talk about Bible prophecy, the end times and the Nephilim. Topics Discussed: Temple of Apollo, the construction of the pyramids, ancient Irish folk lore, New Grange, winter solstice, end of the world, astronomical sites, Giza Pyramids, mathematical properties of the pyramids, cubits, square the circle, Nephilim, angel = messenger, Lucifer, Avatar, Tartarus, Azazel, Og, Tuatha De Danann, spirits, necromancy, the occult arts, Machu Picchu, genetic engineering, a special breed, Mount Zion, Apollyon and much more. We'll continue to talk more about the antichrist and the new world order for our members. Patrick Shares his perspective on how things will play out in the future and what the end game of the new world order is. He talks about how the world will break up into regions and how they will be ruled by a hierarchy of kings or leaders. Then, we talk about famine, financial crashes and how the different empires have come and gone in history in accordance with what is in the Book of Daniel and the dream of Nebuchadnezzar. Also, we discuss the G20 and the financial new world order. Patrick then talks about the four horsemen of the apocalypse, the beast and the nature of the antichrist. Topics Discussed: angels as regular men, the destroyer, the beast with 10 horns and 7 heads, 7 hills, the book of Daniel prophecy, 10 world regions, the new world order, EU, Lisbon Treaty, NAFTA, one world bank, Obama, movie programming, war in heaven, Revelation Chapter 12, Satan, famine & disease, UFO sightings, food riots, world-wide financial crash, pyramid symbolism, G20, four horses of the apocalypse, The White Horse, messiah, nominal Christian churches, counterfeit Christ, rider of the black horse, rider of the red horse, rider of the pale horse, signs of the end times, nuclear bombs, the rapture, Jesus and prophecy and much more.

Four Horsemen of the Apocalypse

The Return Of The Antichrist

The Nephilim and the Pyramids of the Apocalypse 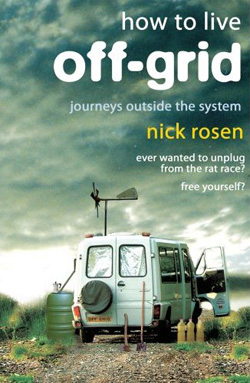